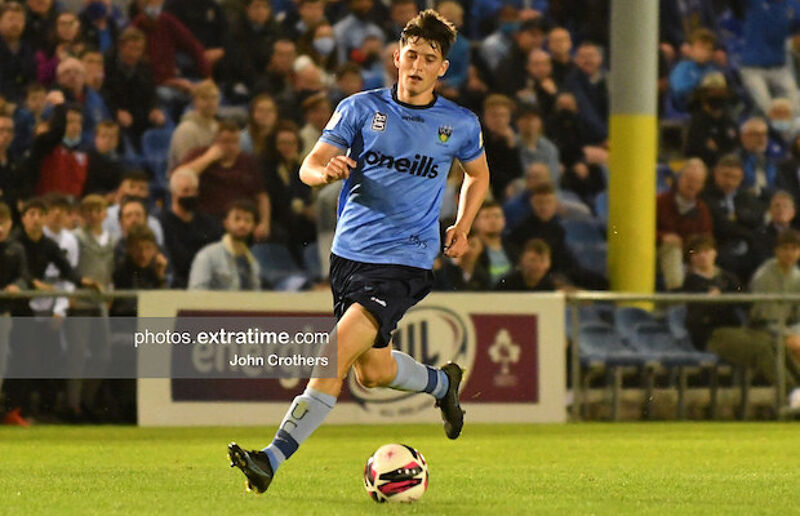 Colm Whelan scored his first goal of the season as the Students picked up their first points on the road this season on Saturday night Credit: John Crothers (ETPhotos)

Colm Whelan grabbed his first goal of the season as UCD earned a point away to Sligo Rovers in a 2-2 draw on Saturday night and avoided defeat on the road for the first time this season.

It was a quiet start to the game but the hosts grew into it, with Max Mata opening the scoring on 23 minutes, heading home from Karl O’Sullivan’s corner to score his first goal for the club.

The Bit O’ Red could have extended their lead a few minutes later, but Adam McDonnell’s shot from an acute angle was straight at Lorcan Healy.

Rovers started the second half with confidence, but it was the Students who played themselves back into the game. They got their reward for that as they equalised on 57 minutes.

The impressive Liam Kerrigan played in his strike partner Whelan, who shifted the ball on to his left foot, and curled a beautiful shot past Ed McGinty and into the back of the net.

It was tit for tat in the following stages, with Kerrigan and Dylan Duffy having efforts saved, and Lewis Banks had an attempt for Sligo cleared off the line. But the 1,865-strong crowd in the Showgrounds was stunned on 77 minutes when UCD took the lead.

An uncharacteristic, misplaced pass from Garry Buckley went straight to Duffy, who made his way towards the box and released Evan Caffrey, and his low shot rolled past McGinty and into the bottom right corner.

Rovers looked rattled, but managed to grab the equaliser seven minutes from time. Greg Bolger lofted a free kick into the box from inside his own half, and Mata was most alert to capitalise on hesitation between Healy and Sam Todd, and rose highest to nod into the empty net.

Substitute David Cawley went close to grabbing a winner for Liam Buckley’s side deep in stoppage time, but his effort was deflected away, meaning both sides had to settle for a point apiece.