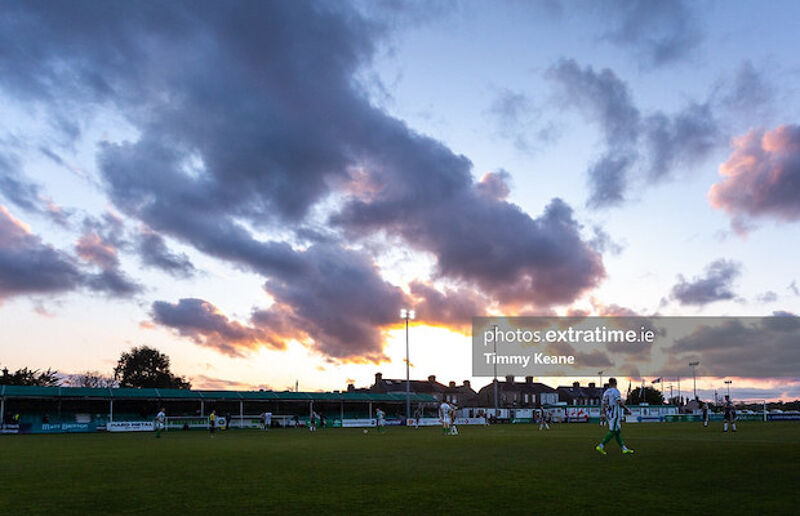 Bray Wanderers face a side with an identical record for the opening stages of the 2022 season when they entertain Wexford FC at the Carlisle Grounds on Friday night (kick-off 7.45pm).

Both sides have played five games, won two and lost three with the host club sitting one place below their next opponents in fifth position with a slightly inferior goal difference.

One big advantage that Wanderers carry into Friday night’s game however is that they have won their last two games on the road, a 2-1 away win at Longford followed by a narrow 1-0 win down at Cobh Ramblers last weekend.

The match in St Coleman’s Park was in the balance right up to the 80th minute with the score at 0-0, however the introduction of Darragh Lynch changed the game. Lynch came on for Kurtis Byrne in the 67th minute during a period when the home side were in the ascendancy, but he struck a marvellous shot to score a tremendous goal with ten minutes left on the clock.

The Seagulls were under sustained pressure after scoring that lead goal, but their game management was good and they shut out all of Cobh’s efforts for an equaliser and came away with all three points.

Speaking to the Bray Wanderers media team ahead of the match, Assistant Manager Eddie Gormley said, ‘’This game against Wexford is going to be a difficult game, they have a good squad and there is not a lot between any of the teams in this league, anybody can beat anybody on any given night.

“We will be confident going into the game that we can produce a performance and hopefully that is enough to get a result on Friday.”

Wexford travel up the N11 for the clash with Bray on the back two defeats, one at home to Waterford and one away to Longford Town last weekend.

They have conceded more goals than any other side in the division, 13 so far this season, one more than bottom of the table Athlone Town.

This will be manager Ian Ryan’s main concern heading up the East Coast on Friday afternoon, and he will not want a repeat of their last performance where they lost 3-0 to Longford Town.

Although they occupy fourth place in the table, they are still seven points behind the early season pacesetters Cork City and Galway United.

The tone of their performance against Longford was set as early as the second minute when they conceded a goal to ex-Bray Wanderers player Dylan Barnett, and when another ex-Wanderers man Ryan Graydon added a second in the 19th minute, theirs was an uphill struggle for the rest of the game.

As well as the main objective of picking up all three points, Wexford will also be trying to assist striker Dinny Corcoran achieve a personal objective on Friday night. Corcoran currently is on the cusp of his 100th league goal, and a goal at the Carlisle Grounds will mean he will have notched 100 League of Ireland goals in his career.

Bray Wanderers won two of the three games between the sides during the 2021 campaign, with Wexford winning the final match of the three at home in Ferrycarrig Park in Oct 2021.

The Seagulls were in generous mood in that third game as they conceded two own goals to Wexford, in addition to their own two goals scored by Brandon Kavanagh.

Wexford’s own scorers in that 4-2 win were Evan Farrell and Jack Moylan.