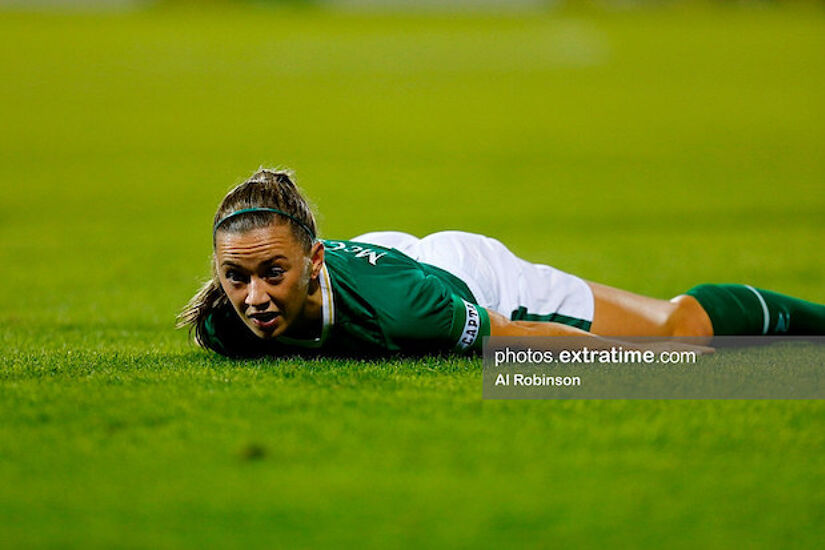 Having been part of the Republic of Ireland squad at the Pinatar Cup over the lsat week, a quartet of Irish players will be back on pitch again this Sunday but this time in club action and in a match that RTÉ will show live.

Irish captain Katie McCabe will be part of the Arsenal team that will travel to take on Liverpool whose squad include McCabe’s Ireland teammates Niamh Fahey, Leanne Kiernan and Megan Campbell.

Fahey, who is the Liverpool skipper, made her 100th international appearance when Ireland beat Poland 2-1 in Ireland’s first game in the Pinatar Cup.

The RTÉ News channel will cover the game which has a midday kick off with Darragh Moloney and Lisa Fallon on commentary duty. The channel is available on: