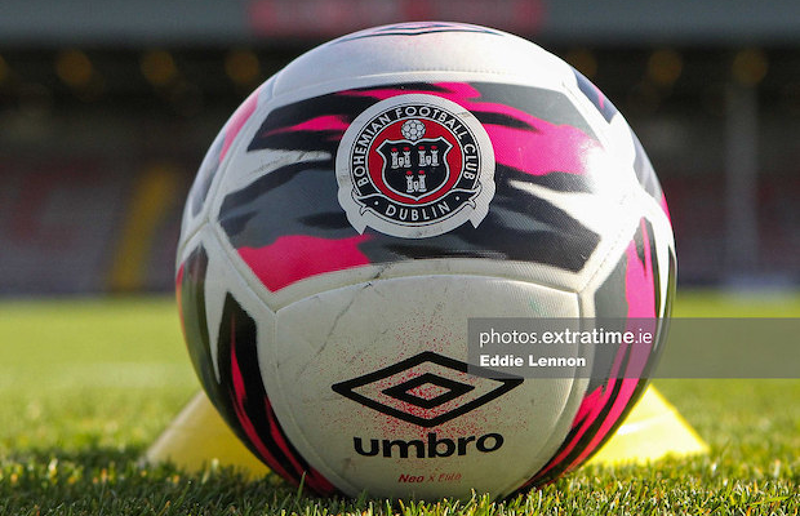 Keith Long has a major rebuilding task ahead of him at Bohemians following the departure of so many of the 2021 squad during the close season, but he added another block to the foundation for the new campaign with the recent signing of striker Ryan Cassidy.

With Anto Breslin, Andy Lyons, Rob Cornwall, Keith Ward, Ross Tierney and Keith Buckley all confirmed departures, and Georgie Kelly set to sign for Rotherham, Long has multiple slots to fill before the new season kicks off on February 18th.

Cassidy joins other recent new signings Tadhg Ryan, Kris Twardek, JJ McKiernan and Max Murphy at Dalymount, arriving on a loan deal from Watford until the end of the season.

20-year-old Cassidy is a product of the St Kevin’s Boys nursery but his time at Watford was badly impacted by injury and he spent a part of 2020/21 on loan at Accrington Stanley where he scored four goals in 11 appearances for them.

Cassidy has represented Ireland at under-17, under-18 and under 19 levels and he also received a late call up to the under-21 squad back in November 2020, replacing the injured Jonathon Afolabi.

Cassidy is the second Watford player to sign for the Gypsies for the upcoming season, JJ McKiernan, a Northern Ireland under-21 international, has also arrived on loan for the new season.

James Abankwah: 'I'm looking forward to getting going (at Udinese) and still have a big six months at St Pat's and my Leaving Cert' https://t.co/N2sedTiI87 pic.twitter.com/uASt6wxKe0