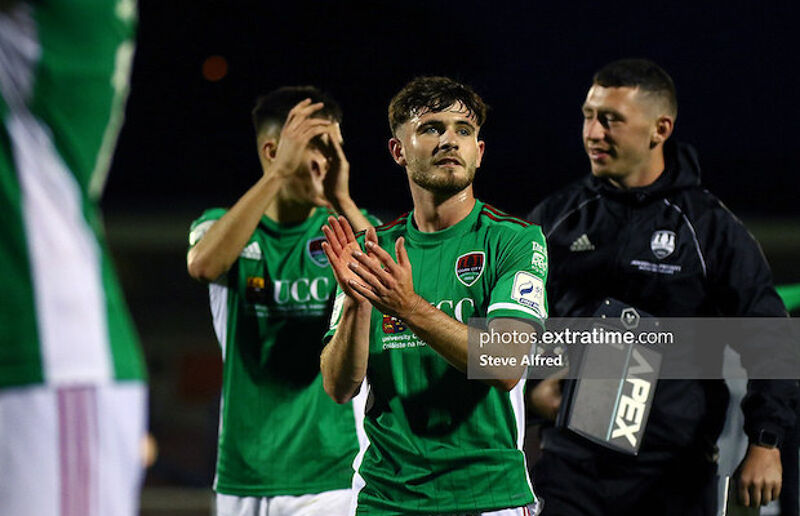 Dale Holland became the latest player to join the mini exodus of those leaving Cork City to join neighbours Cobh Ramblers when he signed on the dotted line for Darren Murphy’s side earlier this week.

He played a dozen games for City last season and really shot to prominence when he scored a last minute winner for City away to Sligo Rovers in the FAI Cup back in July 2021.

Holland initially came through youth football with Midleton before joining City’s under-17 Academy in 2016. He made his senior debut in 2019 and was a regular member of their firstteam squad in recent years.

He is an attacking midfielder and he impressed manager Murphy when he donned the claret and blue recently in two friendlies against local side Clonakilty and Dundalk.