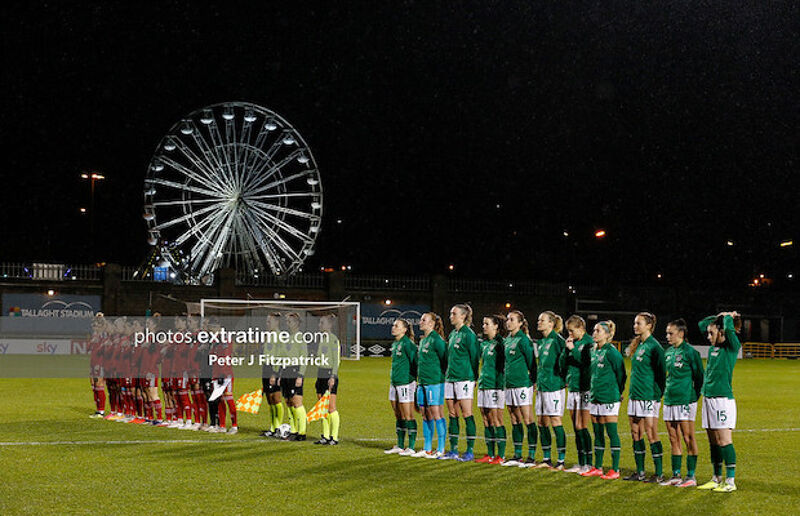 The Republic of Ireland Women’s National Team will take part in the Pinatar Cup in Spain next month as part of their preparations for their crucial World Cup Qualifier in Sweden in April.

First up the Girls in Green in the Pinatar Cup is Poland on Wednesday February 16, with the winner due to meet either Hungary or Russia in a semi-final game on Saturday, February 19.

The final game of the tournament will be played on Tuesday, February 22nd with Ireland's opponent dependent on how their semi-final ends. They could either be in the main tournament final, the 3rd/4th place play-off, else in a tie for 5th place or to avoid the wooden spoon.

An arrangement has been put in place that should results mean that Ireland are scheduled to face Slovakia in the third match then this game would not go ahead. Ireland are set to travel to Slovakia for their final World Cup qualifier in early September.

The sides drew 1-1 in Tallaght last November and Ireland sit second in the Group A table for qualification for the 2023 FIFA Women's World Cup.

"It is important that we get together as a squad and play at least one game before we take on Sweden in April,” said Ireland boss Vera Pauw. “This tournament provides us with three games so that is ideal for our preparation to work with the players and give them game-time.

"Our focus is very much on the qualifying game against Sweden in April, but we plan on giving players opportunities to play in these games and that will help us in our overall preparations."