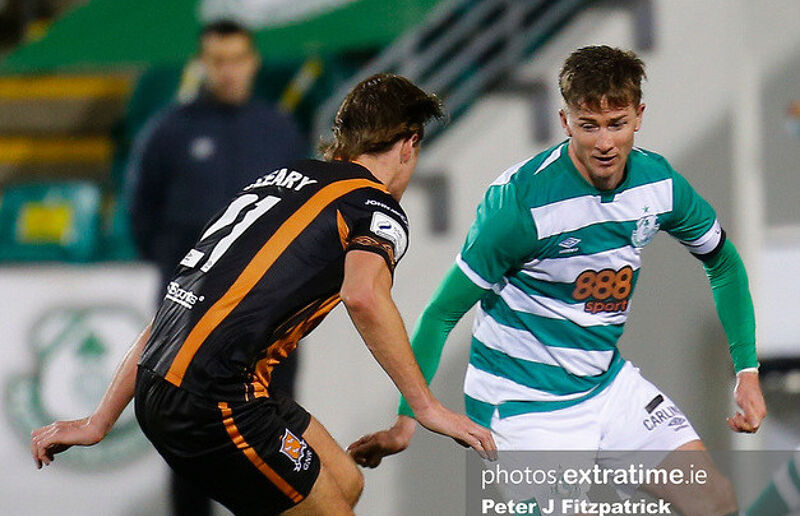 The match is set for Tallaght Stadium for the second year in a row after Shamrock Rovers made their first appearance in the season curtain rasier last year when Dundalk claimed the trophy in a penalty shoot-out.

This year’s final will be shown live on LOITV.

With government COVID-19 spectator restrictions set to be lifted, a big crowd should be in attendance especially if Shamrock Rovers are unsuccessful in overturning the FAI’s independent Disciplinary Control Unit decision to order the Hoops to play their opening league game behind closed doors.

This decision was punishment for fireworks let off from the away section when the Hoops played in Waterford late last year.

The incident saw fireworks hit the Rovers dugout and detonated just above the players heads on the pitch, with a number of spectators in the away end needing medical treatment. Referee Rob Hennessy brought the players off the pitch before the game was eventually restarted.

After the incident Shamrock Rovers confirmed in a statement that “two individuals were arrested by Gardai at the scene and taken from the ground. The club will cooperate fully with the Gardai on any follow-up matters and will also be issuing indefinite bans from attending Tallaght Stadium to the people concerned.”

If their first game of the league campaign against UCD is played behind closed doors it could cost the Hoops up to €50,000 in lost revenue. Rovers have sold over 2,700 season tickets.

In 2020, Rovers played in front of 5,106 spectators in their first league game of that season (against Cork City).

The previous year 4,612 spectators watched the Hoops play Derry City in the first league game that season in Tallaght.