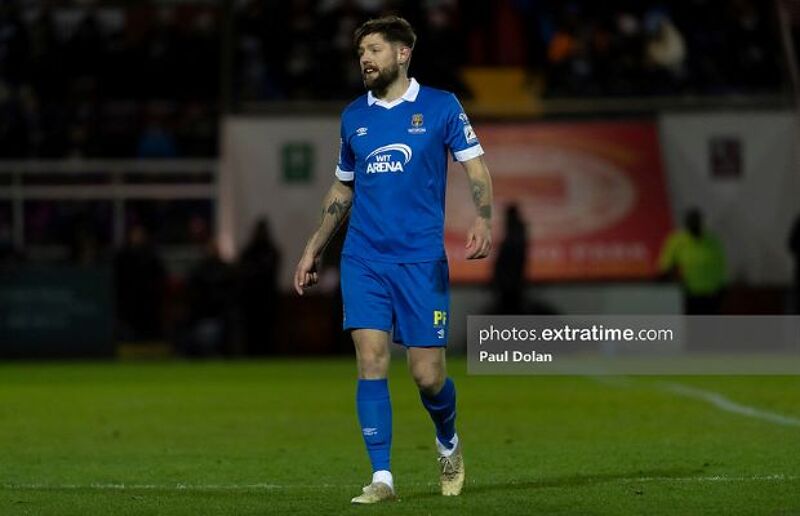 Waterford FC have announced that midfielder Anthony Wordsworth will be staying at the club for the 2022 season.

Wordsworth signed for Waterford from Barnet last July, having played in England since 2007. The 31-year-old started all but three games Blues after he joined, contributing five goals and two assists.

He will wear the number 40 shirt in 2022, the same number he wore for AFC Wimbledon and Barnet.

Before moving to Waterford, the midfielder made 345 appearances across the Championship and League One, for Colchester, Ipswich Town, Crawley Town and Southend United.

Despite last season’s disappointment, Wordsworth told the club’s website that he is looking forward to getting the Blues back in the Premier Division this season.

“To get the club back up would be a big achievement for me and everyone involved,” said Wordsworth.

“It’s still a young squad so the likes of myself, Brian [Murphy] and Eddie [Nolan] are here to try and help the younger players, they want to learn and improve and that’s important for a squad like ours with a good mix.”

“I’ve never been one for pre-season training. But I’ve been keeping myself ticking over during Christmas and I’m looking forward to working with the new manager Ian too and getting started.”

Manager Ian Morris, who joined the club last month from Shelbourne, was delighted that Wordsworth has resigned with the club.

“I’m absolutely delighted to get Anthony done,” he said.

“I know we weren’t the only club interested in signing him, so getting him signed is a real statement of intent.”

“He has real quality and is a big character in the dressing room. His experience will be invaluable to the team.”