Harps' new signing Bastien Héry: 'When I spoke to Ollie and he explained his plan for the team I knew it was something I wanted to be a part of' 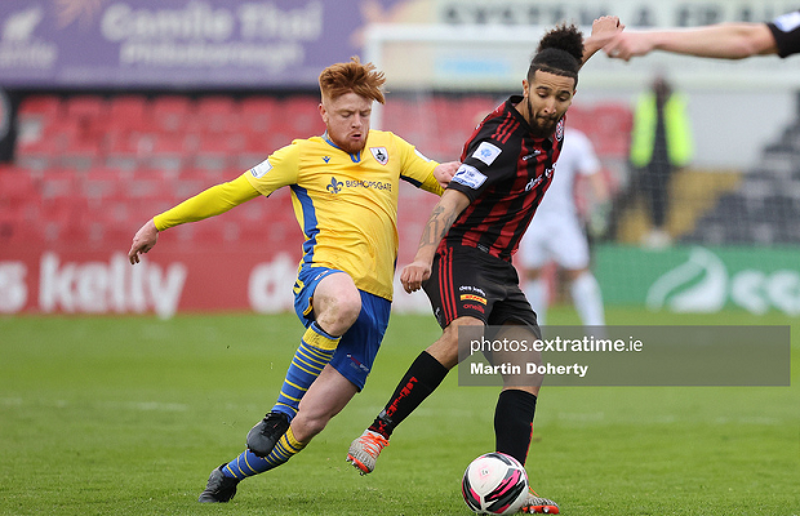 Finn Harps have announced the signing of Bastien Héry from Bohemians.

The French-born midfielder makes the move having spent the first half of last season at Dalymount Park where he made just four league appearances before moving to join Ruaidhrí Higgins’ Derry City side on loan for the remainder of the season.

Héry told told the club’s website: “I am excited to be at Harps. When I spoke to Ollie and he explained his plan for the team I knew it was something I wanted to be a part of.

“Everyone knows Finn Park is a tough place to go so I’m looking forward to playing there as a Finn Harps player this season.”

Manager Ollie Horgan expressed his delight at the new signing labelling him a talented player who can provide the Donegal side with some extra quality in the forward positions.

“Bastien is a talented lad who will give us a lift, especially going forward. He knows the league well, and knows what it takes to get results in what will be a very tough Premier Division.”

The Madagascar international has a lot of experience in Irish football having taken in spells at Limerick and Waterford where he was named in the PFAI Team of the Year before winning a league title at Linfield.

Héry will link up with former Linfield teammate Ethan Boyle at Finn Park.

The 29-year-old came through the Paris Saint Germain academy before making 17 appearances for the B team.

Héry played against Liverpool at Anfield for Carlisle United in the League Cup in 2015 as they lost 3-2 on penalties to the Reds who were then managed by Brendan Rodgers.

Shels' new signing Sean McSweeney: 'I want to bring goals and assists and help the team in any way I can' https://t.co/uQxQ3An3li pic.twitter.com/q6KXKGUWuR