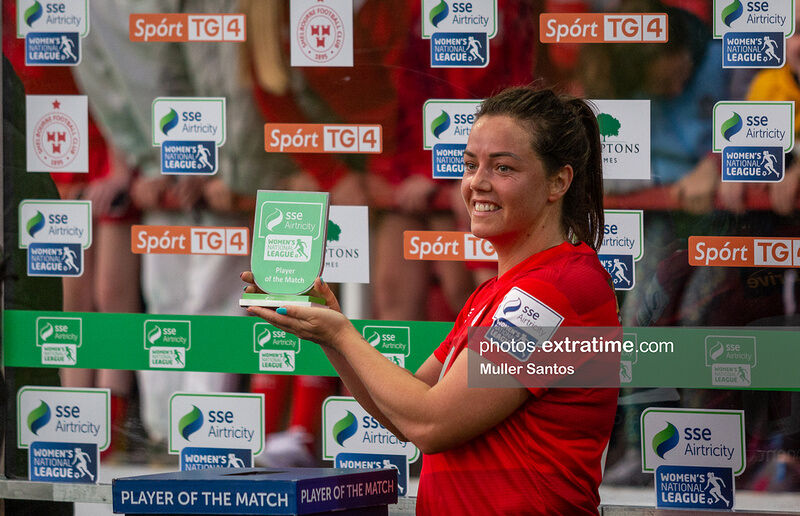 Shelbourne have announced the re-signing of Noelle Murray ahead of the 2022 Women’s National League season.

Murray scored nine goals during the 2021 WNL campaign, helping the Reds to their first league title since 2016.

The striker also scored the only goal of the game in their FAI Cup semi-final against Galway to take Shels through to the final which they ultimately lost to Wexford Youths.

Murray played for Shamrock Rovers in the inaugural WNL season in 2011 before joining Raheny United in 2012.

During her time with the Pandas she won two WNL titles and three FAI Cups before joining Shelbourne when Raheny merged with the Reds ahead of the 2015/16 season.

She then went on to claim a league and cup double with Shelbourne in 2016 before having a spell with Glasgow City starting in 2017 until she returned to Tolka Park in 2018.

The Reds begin their campaign at home to Bohemians on Saturday, 5 March.