Shelbourne announce the re-signing of Jess Gargan and Jessie Stapleton 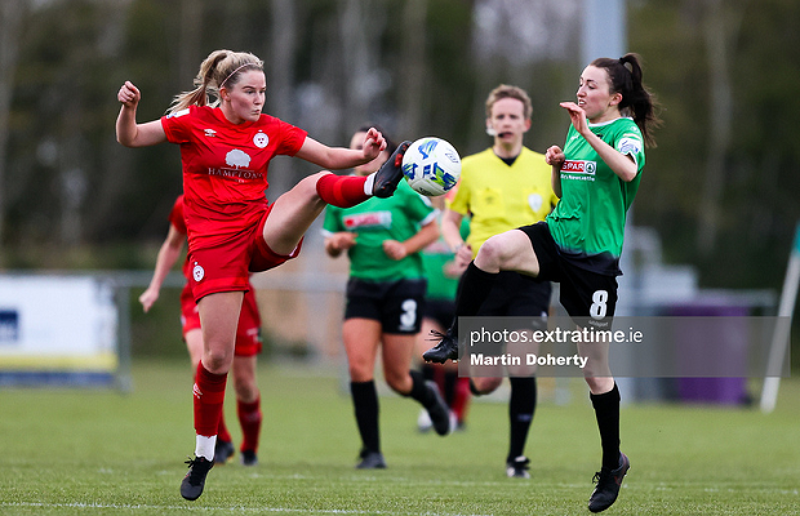 Shelbourne have confirmed the re-signing of Jess Gargan and Jessie Stapleton ahead of the 2022 Women’s National League season.

Republic of Ireland international Gargan played a key role in Shelbourne’s title winning season in 2021 with the defender helping the Reds to their first WNL win since 2016.

Gargan began her senior career with Peamount United and spent four years with the Quinnipiac University Bobcats in the USA before returning to Ireland to sign for Shelbourne in 2019.

Stapleton is a Republic of Ireland under 19 international and one of two Shels players that were included in the WNL Team of the Year for 2021.

In her debut WNL season she scored eight goals to help Shels to the title having signed from Shamrock Rovers ahead of the 2021 season where she played with their under 17 side.

The Reds begin their WNL title defence at home to Bohemians on Saturday, 5 March.