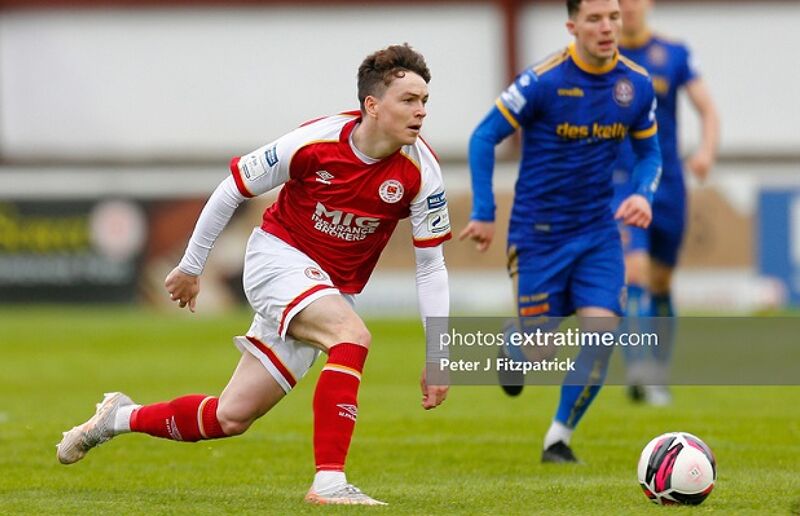 English League One side Plymouth Argyle have announced the signing of Alfie Lewis from St Patrick’s Athletic.

The midfielder had a successful period with the Saints, he played over thirty times and scored three goals with the club winning the FAI Cup and finishing in second place in the Premier Division in 2021.

“Alfie was a good prospect at West Ham and has gone and played a year of men’s football in Ireland,” manager Steven Schumacher said, speaking to the club’s website.

“He is a player we highlighted in the summer and we feel he is one we can develop and hope he can be a big player for us now and in the future.”

Lewis originally joined St Patrick’s Athletic on loan from his parent club West Ham United, where he began his career, that move became permanent during the summer when the London club released the midfielder.

Plymouth Argyle are currently in sixth place in League One just seven points off top of the table Rotherham.

Waterford announce a pair of re-signings as Power and Sobowale commit to the club for 2022 https://t.co/V7o1ffJN8H pic.twitter.com/mTyQKkHqJj