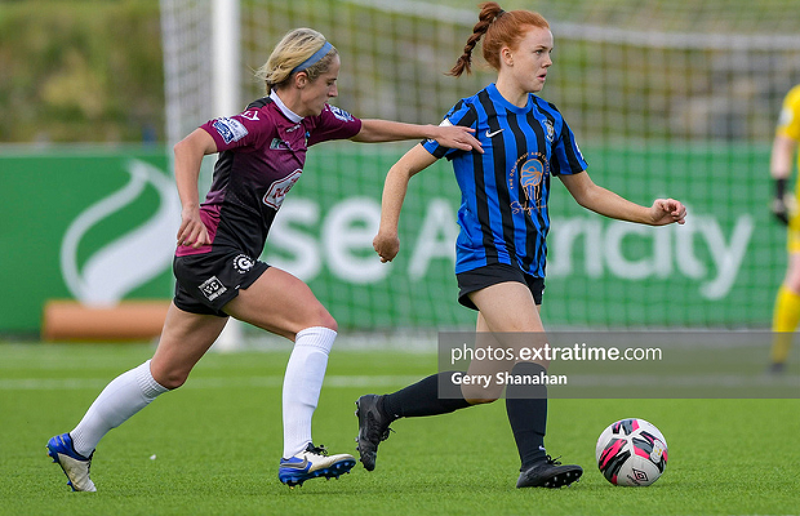 Galway WFC have announced that Republic of Ireland international Julie-Ann Russell has re-signed with the club for the 2022 Women’s National League season.

The 30 year old signed for her hometown club for the first time midway through the 2021 season after a career which saw her have stints with LA Strikers, Doncaster Belles, Peamount United, DLR Waves and Western Sydney Wanderers.

Russell made her debut for the Tribeswomen in a 2-2 with Treaty United in July and she scored her only goal of the season in the crucial 5-2 win over Peamount united on the last day of the season which had a significant hand in allowing Shelbourne to lift the WNL title ahead of Peas.