Conan, Clarke and the crossbars of the League of Ireland 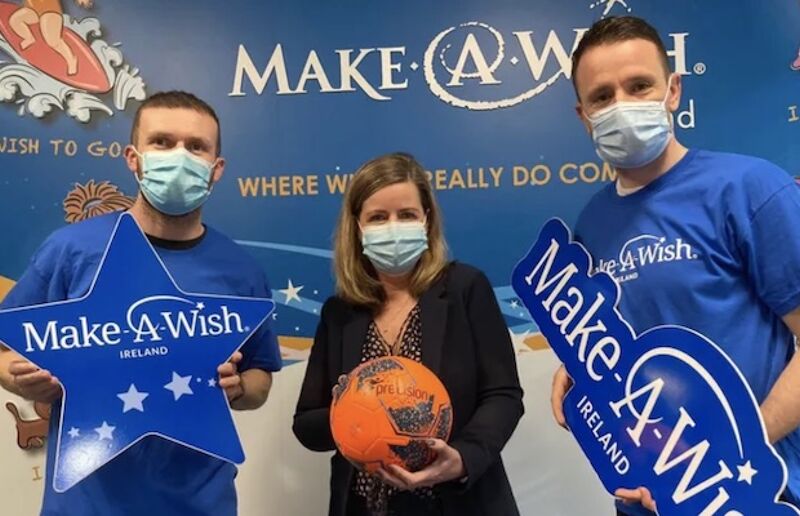 The answer is the latest brainchild from League of Ireland fundraiser extraordinaire Conan Byrne. The former St Patrick’s Athletic winger is teaming up with his former Saints team mate and current PFAI chairman Brendan Clarke in a charity event in aid of the Make a Wish Foundation this weekend.

The challenge was originally conceived during their Richmond Road stint together however, according to Byrne, when speaking to Oisín Langan on the extratime.com podcast last week, it took until this season to make it a reality.

“Believe or not, this has been in the pipeline for four or five years,” said Byrne. “We’ve talked about this particular fundraiser which will involve going to every League of Ireland ground in the country and trying to hit the crossbar from the halfway line.

"Usually at the start of training you’d end up having shots from the halfway line to try and hit the crossbar and that’s where the idea came out of.”

Having raised money for the Irish Cancer Society last year with his lockdown walk to all the Dublin based League of Ireland clubs, Byrne explained how the Make A Wish Foundation was a charity close to his heart following the experience of a team mate of his from his younger days.

We would like to thanks all @SSEAirtricityLg clubs for allowing us to undertake this challenge at their stadiums.

The Foundation’s aim is to provide seriously ill children with a special day or event to create memories for themselves and their family. For more information on the charity itself, check out www.makeawish.ie.

“I do love fundraising for charities that mean a lot to me, thankfully with the magnificent support of the League of Ireland community they’ve been fruitful and I’ve continued to do that. Last year I had to concentrate on the Dublin clubs because of lockdown.

“Thanks to the magnificent support of sponsors Precision and Go Car, it’s allowing us to concentrate on what is important and try and raise as much money as possible for Make a Wish.

“I first knew about them when a team mate of mine, in my underage days, his sister was diagnosed with a form of cancer. Her wish was to swim with dolphins and to see the impact that had on both the child and the family when they were going through a difficult period still lives with me today and that’s just one story.

"If we can help them to shorten the waiting list for these wishes it would be great.”

As is his positive way, Byrne finished the interview on an uplifting note about the day, “It’ll be a bit of fun, hopefully some players, fans, managers or owners can even join us at the grounds along the way, as long as we have time left after hitting the crossbar!”

For more information on the challenge, check out the @MAWCrossbar Twitter page or searching “Make a Wish Crossbar Challenge”.

The full podcast interview with Oisín Langan can be found on Spotify and is linked below.

Times for each section in the episode description https://t.co/hBjsX9xRFv