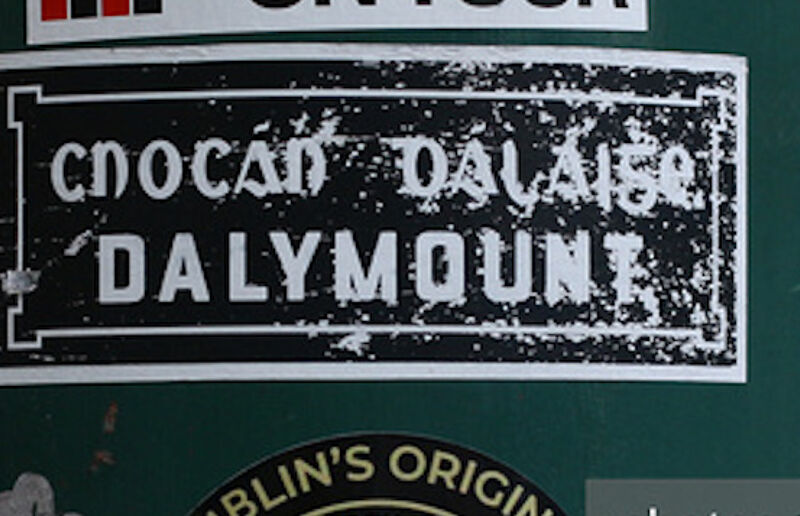 It was a dramatic day at the top of the League of Ireland as Bohemians drew level with St James’s Gate on 19 points.

Many were sceptical when ‘Viator’, the football correspondent on Sport magazine, suggested that this turn of events might come to pass in his Saturday morning column, but victories for Bohs and Olympia mean that the leaders are level coming into the home straight.

Bohs were due to play Frankfort away but the game was switched to Dalymount Park and took some time to get going. The game not only kicked off five minutes late but was stopped after the first move so Frankfort’s Giles could get treatment to an injury.

O'Kane impressed up front for the Gypsies, scoring a brace, while Pollock made up for missing a penalty by driving home a rasping shot just before half-time.

It was all action at St James’s Park, Dolphin’s Barn, where the Gate versus Olympia got off to a ferocious start. This was hardly surprising since the Gate started with ten men and the visitors with six. However, both sides were at full strength by half time and the visitors came into their own at this point.

The Gate will regret missing a penalty and some other chances in the first half although Olympia’s goal scorer, Carroll, could have had a hattrick after the break. As it was, Carroll’s solitary strike, which came from a great run from Murray, was enough to set the gypsy cat among the brewery pigeons as Olympia triumphed 1-0.

The Gate’s final two fixtures are against Bohs and Shels, the two teams who contested last season’s Leinster Senior League play-off, and the two who still provide the greatest menace to the Brewerymen’s title ambitions

The Reds are still in with a sporting chance of landing the first LOI title, however the Reds cause was not helped by a 1-1 draw at home to Jacobs. Val Harris appeared to be here, there, and everywhere as Shels peppered the Biscuitmakers’ goal, with the woodwork coming to the rescue on one occasion, before Smith gave the visitors an undeserved lead.

Ironically Jacobs had more of the play in the second-half but ultimately conceded an equaliser to Connolly. Although this late flourish saved a point for Shelbourne, the red areas of the south city will still be eyeing the league table more in hope than expectation. Elsewhere, Dublin United beat YMCA 4-2.

The FAI Cup qualifiers continued with victories for Bohs B over CYMS (3-2) at Richmond Hill and Shelbourne United over Bray Unknowns (2-0) in front of a large crowd by the seaside. Bohs B had been drawn at home but the switching of the senior team’s home game v Frankfort necessitated a change of venue.

Down the country Athlone Town were 4-1 victors in the derby versus St Mary’s while Shamrock Rovers’ game versus Tipperary Wanderers was called off as the British garrison insisted on using the local ground for the Army Cup.