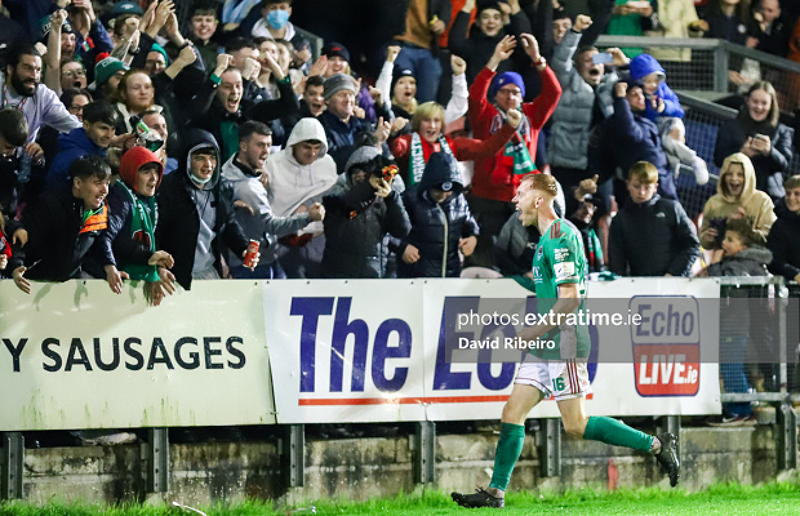 Byrne is set to remain at Turners Cross for the 2022 season. Credit: David Ribeiro (ETPhotos)

Alec Byrne has secured a new deal with Cork City which will keep the midfielder with the club for the 2022 season.

The 22 year old made his first team debut for the Rebels in 2017 having come through the club’s academy teams and he made 23 appearances last season.

“I am buzzing to be back again for another year, and hopefully we can go one step further and get promoted,” Byrne said, speaking to the club’s website.

“That is the aim, that is where this club should be, so that is the main focus for next season. There was a lot of competition for places in midfield last year, but I played most of the games and I will be looking to do that again this coming season.

“It is good for the team to have that competition for places, as it pushes everyone on, so hopefully we can have a big year next year.”

Securing Byrne will be welcome news to the Cork City faithful after the news that Gearóid Morrissey and Steven Beattie are to leave the club was announced yesterday.