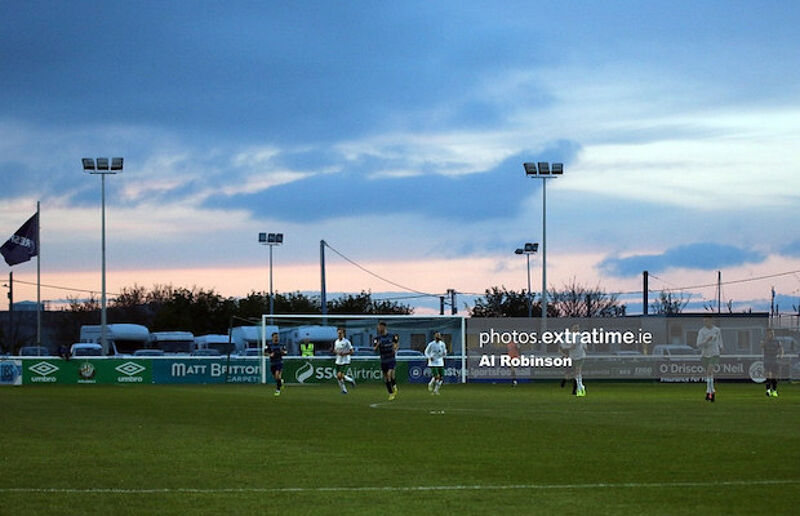 Bray Wanderers and Cabinteely FC announced on Friday a merger of the two clubs, with the first team due to play out of the Carlisle Grounds in Bray in 2022.

The newly merged club will apply to play in the SSE Airtricity First Division for next season.

Current Cabinteely Director of Football Pat Devlin will take up the same role within the newly formed club.

No name change was announced for the club which will now be hoping to draw on supporters from Wicklow and the South Dublin area.

The joining of the clubs has come about by the acquisition of a majority shareholding in Bray Wanderers FC Limited.

New chairman Richardson said: "This is a once in a lifetime opportunity for our two renowned clubs to establish a great good for football on a local, regional and national level. It is also very much in line with FAI encouragement for clubs to seek ways of co-operating more closely together.

"Both clubs have really brilliant people involved, and with an exceptionally proud heritage, where Bray Wanderers was established in 1922 and Cabinteely FC in 1967.

"Both clubs have performed with distinction across all leagues throughout the years. Both are pillars within their communities, and both have fantastic supporters, members and players who have an enormous love of football. It is this love of football that will continue to inspire us all to drive the future success of this endeavour.

"Now, with the coming together of both clubs, we will see a further strengthening of football for the generations to come and a commitment towards the continuing advancement of our combined club, and many partner clubs, for the football communities who we will continue to serve in the months, years, and decades ahead."

Outgoing Bray chairman Niall O’Driscoll said “the coming together of Bray Wanderers and Cabinteely Senior FC is impressive in its vision and a logical step that will create a dynamic new influence in Irish football.

“I’m very proud to have helped to stabilise and strengthen the position and status of Bray Wanderers, which is now on a firm footing and has performed very strongly in the 2021 league, enabling this excellent new development to take place.”