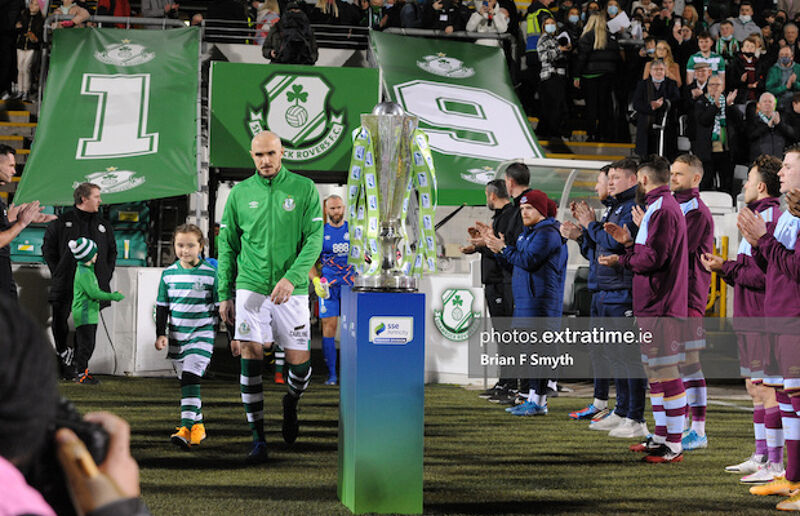 Joey O'Brien leads Shamrock Rovers out for the final game of the season and of his playing career Credit: Brian F Smyth (ETPhotos)

The extratime.com team got together ahead of the 2021 Premier Division season to draw up our predictions for the top flight in the League of Ireland.

A dozen contributors gave us their opinion so just how did our jury pan out with their group think?

Well our team had Shamrock Rovers as champions and the Hoops duly delivered. The top four was rounded out by Bohemians, who we had as runners up, Dundalk and St. Patrick’s Athletic.

Come season’s end Stephen O’Donnell’s side earned that runners up spot on the pitch and St. Pats will face fifth placed Bohs in this weekend’s FAI Cup final.

We are taking some consolation in our prediction being way off for Dundalk in that nobody could have predicted how much of a basket case the Lilywhites were in 2021 but with new owners in place for next season things should return to a semblance of normality at Oriel Park in 2022.

Sligo Rovers and Derry City supporters are likely grumbling on how we predicted fifth and sixth place for their teams that ended up in third and fourth position earning European football for both clubs next year.

We never doubted Ollie Horgan’s ability to keep his team up and so Ollie delivered and we were correct in having Harps and Drogheda United on the same points. We were also accurate in our assessment of the positions for Waterford and Longford Town who we had down for ninth and tenth respectively.