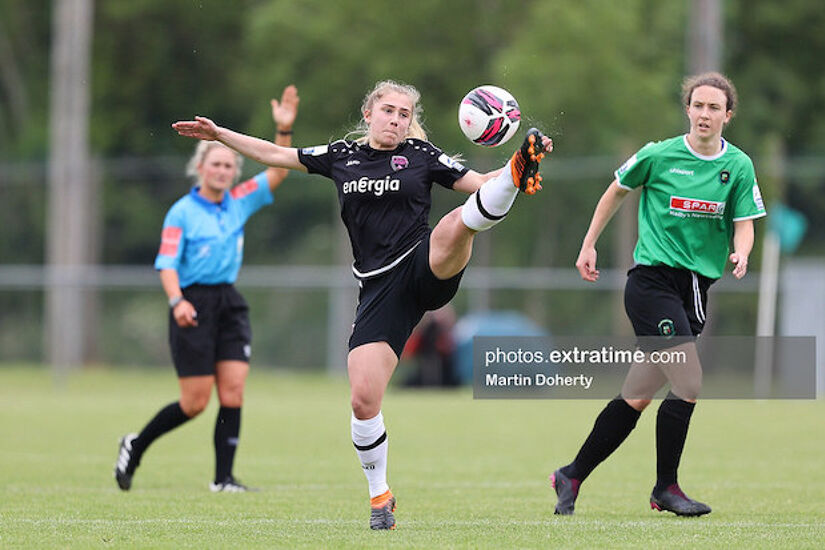 After winning the FAI Cup and player of the match in the final Ellen Molloy misses out on the upcoming Ireland games due to injury Credit: Martin Doherty (ETPhotos)

Vera Pauw has made three fresh call ups to her Republic of Ireland squad ahead of the upcoming home World Cup qualifiers against Slovakia and Georgia.

There is disappointment for 17-year-old Molloy who picked up an injury during her player-of-the-match performance over the weekend as her team Wexford Youths won the FAI Cup defeating Shelbourne 3-1 at Tallaght Stadium.

For FAI Cup runner up 16-year-old Jessie Stapleton there is the consolation of her first call up for the national team. She joins Ciara Grant and Saoirse Noonan in the squad from the Women’s National League champions Shelbourne.

The squad are training at the FAI National Training Centre on Monday ahead of taking on Slovakia this coming Thursday followed by Georgia on Tuesday 30 November. Both matches are set for Tallaght Stadium.