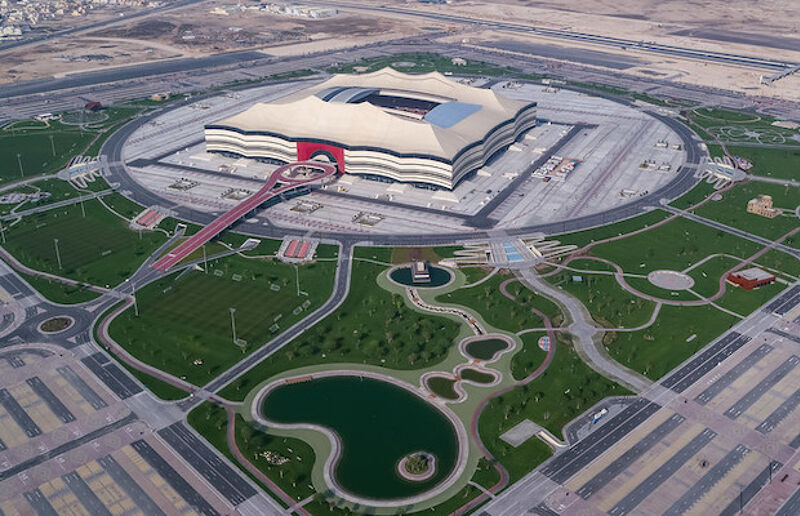 This Sunday marks the point we are one year away from the FIFA World Cup in Qatar.

Sadly the Republic of Ireland team won’t be enjoying the tournament that will be played in in the gulf state between 21 November and the 18 December 2022 when the average temperatures will range between 15 and 24 degrees.

Who has already qualified?

A year out 13 of the 32 teams for the tournament are known. A dozen teams have already qualified. Argentina, Belgium, Brazil, Croatia, Denmark, England, France, Germany, Netherlands, Serbia, Spain and Switzerland will be there along with hosts Qatar (who Ireland thumped 4-0 last month in the Aviva Stadium).

What is the state of play in the European qualifiers?

The European group stages finished last week with the group winners securing their spot at the World Cup. UEFA will carry out the draw for the play-offs in Zurich at the end of this month.

Italy, North Macedonia, Poland, Portugal, Russia, Scotland, Sweden, Turkey, Ukraine and Wales have earned a place in those play-offs through the recently completed qualifiers where they are joined by Austria and the Czech Republic from the UEFA Nations League route.

The dozen teams in the play-offs will be drawn into three play-off paths for one-off semi-finals and finals – all being played next March.

The draw will be seeded with Portugal, Scotland, Italy, Russia, Sweden and Wales set to play at home in their semi-finals against one of the unseeded team although  Russia cannot be drawn against Ukraine for ‘political reasons’.

The three path winners will qualify for the World Cup.

FIFA issued information to mark today’s date noting that ‘FIFA recognises its responsibility, in accordance with its Human Rights Policy and the UN Guiding Principles on Business and Human Rights, to ensure that human rights are respected in all activities associated with its operations.

‘The FIFA World Cup has made a significant contribution to improved labour conditions in Qatar, particularly through the heightened standards put in place by the Supreme Committee for Delivery and Legacy through its Workers’ Welfare Programme.’

FIFA also noted information on alcohol availability in their four page newsletter. “Alcohol is already available in Qatar at a variety of licensed hotel bars and restaurants across the country, and it will also be available in additional fan and hospitality locations at the FIFA World Cup 2022.”

“What I see here is a country that is preparing to welcome the whole world, and every fan, but also looking into where improvements are needed and taking real steps to do so in many different areas, particularly in relation to human rights and workers’ welfare.”

The World Cup will kick off with a game at the Al Bayt Stadium. That venue will be inaugurated before the end of this month when Qatar face Bahrain in the opening match of the FIFA Arab Cup Qatar 2021.

Paul Keegan: ‘We won League One and played in the Championship. We played against some great teams, with huge budgets.’ https://t.co/VNODHHraZp pic.twitter.com/5zpvMupt1r