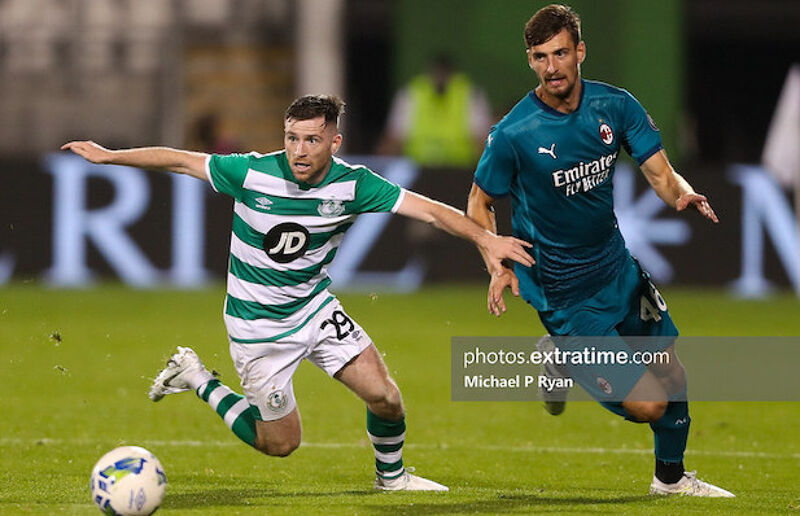 Shamrock Rovers supporters have two reasons to party today as this morning the club confirmed the signing of Jack Byrne and the league trophy will be paraded around Tallaght Stadium after their game against Drogheda United tonight.

On Friday morning Rovers released a 29 second video – Byrne wore squad number 29 when last at the club – where Byrne declared “I’m back”. Byrne said on Friday that he is "buzzing to be back at the biggest club in the country."

It was New Year’s Day this year that Byrne confirmed that he was leaving Shamrock Rovers, announcing a move to APOEL in Cyprus a few days later. He signed off a lengthy tweet back then saying “Once a Hoop, always a Hoop” and so it proved as Byrne makes a Rovers return less than 12 months after departing the club.

During his first spell at Rovers, he was PFAI Player of the Year in both 2019 and 2020 as well as picking up four SWAI player of the month awards. In his first season, he played 41 games in all competitions scoring eight goals, helping the Hoops secure the FAI Cup in 2019.

Last season he was instrumental in Rovers winning their first league title since 2011, as they went through the COVID-19 hit league season unbeaten. He played 23 times scoring nine goals across all competitions in 2020.

Buzzing to be back at the biggest club in the country @ShamrockRovers https://t.co/30AWDMhKFT

Mick McCarthy brought Byrne into his Republic of Ireland squad in March 2019 and he made his international debut in the friendly win over Bulgaria. When Stephen Kenny played Byrne in last year’s UEFA Nations League game against Wales, Byrne became the first League of Ireland player to play in a competitive game since Shamrock Rovers’ captain Pat Byrne in 1985.

It was Mick McCarthy who brought Byrne to APOEL but McCarthy was soon gone from Cyprus and Byrne was hit with injury requiring back surgery. He departed Cyprus earlier in the year and having weighted up options in the UK, continental Europe and the MLS, the 25-year-old decided to make his return to Tallaght.