Paul Farrell set to stay on as Cork City manager 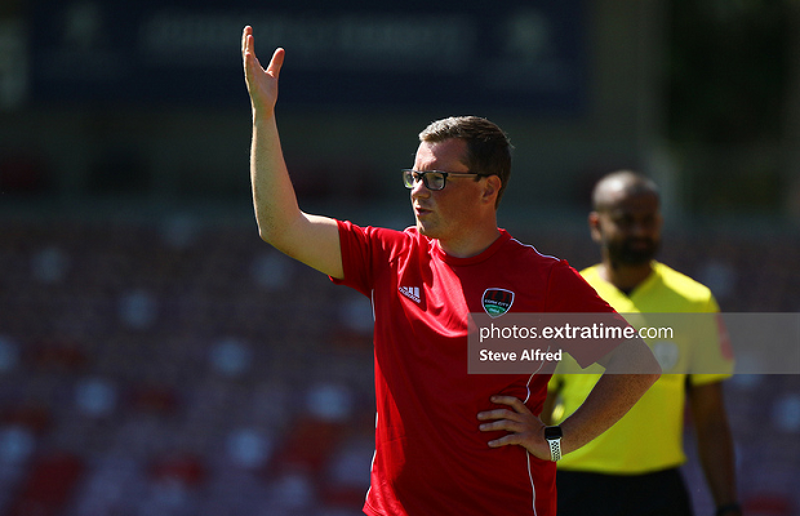 Cork City have announced that Paul Farrell will continue to serve as the manager of the Rebels’ Women’s National League team for the 2022 season.

City finished in eighth place in this season’s WNL with Farrell stepping in as manager after Ronan Collins’ departure in June.

City went on to win four of their remaining games and finish just three points behind Bohemians and Athlone Town.

“I am really delighted to be staying on in the role for 2022. I am hugely looking forward to working with a great bunch of players, great staff and a great set-up at Cork City,” Farrell said, speaking to the club’s website.

“We brought in a few players during the season and they have done very well, and there are more players who we have been keeping an eye on with a view to next year as well.

“We just want to try and build the squad back up again; they are quite a young group and they will have learned a lot from quite a difficult season last year.”

“There is great work being done at underage level and the players are coming through all the time, so we want to continue that.

“The Under 17s have had a fantastic season and we look forward to those players coming up through the ranks at the club and continuing the progress that they have already made.”

“The girls really enjoyed playing in front of such a big crowd on the final day of the season and we have to thank everyone who played a part in making that happen.

“We have had some good performances last season, we just want to do that more consistently and climb up that league table.”

Phil Trill: 'My role is to push these girls on to the highest level they can be, and I believe we’re successful in that' https://t.co/6MNaiDjjuy pic.twitter.com/v2xk8bJZxs