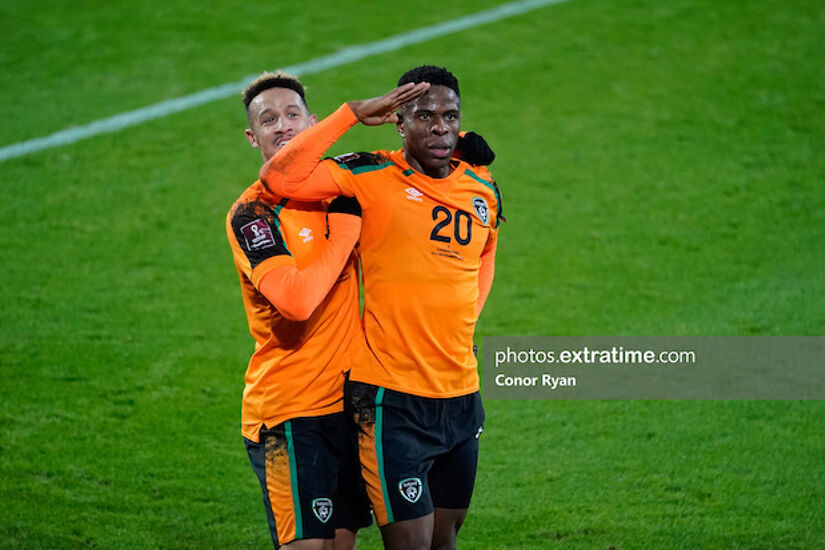 “There’s only one Stephen Kenny” rang out around the Stade de Luxembourg on Sunday following the Republic of Ireland’s comprehensive 3-0 win. Kenny appreciated the fans’ support, but admitted “I’d rather they sing about the players. I'm a bit embarrassed to be honest.”

While the former Dundalk boss remained humble, there is no denying now that in just over 12 months, he has changed the face of Irish football.

In May, extratime.com asked Kenny about how previous managers have ignored emerging players, and how important it was to introduce them to the senior team.

“Over the next few years we’ll have a really strong cohort of players coming through,” said Kenny. “The Irish public will identify with these players and when they’re successful, there will be a very powerful connection there.”

Nobody said it would be easy. March’s home defeat to Luxembourg proved the low point as Ireland won one of their first 15 games. Many pundits and ex-players began calling for his head.

However, the mood began to shift in Faro last September. The Boys in Green were minutes away from a historic win against Portugal in what many fans called their best performance in years only for Ronaldo to break Irish hearts.

Kenny’s side then went unbeaten in their next six, as they secured third place on Sunday with their fourth consecutive clean sheet.

Kenny has introduced young stars like Bazunu, Omobamidele, Ogbene and Idah, among ten other debutants, a record never seen before for this team. Kenny has also reinvigorated senior players like Coleman, Duffy and McClean, who have each publicly backed the 50-year-old manager.

There has been further progress in front of goal too, an area that Ireland have struggled with for years. The Boys in Green scored just once in their opening eight games under Kenny. However, in 2021, Ireland have hit the net 20 times, two more than the previous three years combined.

Ireland have lost just one of their last ten, and the atmosphere at last week’s sold out Aviva Stadium provided further evidence that the “powerful connection” between the team and the supporters is not only there, but growing with each match.

“People understand there has been a radical overhaul of the squad that has been necessary for us to go forward and be brilliant,” Kenny said on Sunday.

The women's senior side have also recorded impressive wins recently against Australia and Finland under Vera Pauw with the men’s under-21 team defeating Sweden 1-0 on Tuesday night.

Meanwhile the men’s under-19 and under-17 sides have both qualified for the elite phase in European Championship qualification. Over 30,000 supporters are expected to attend this month’s FAI Cup Final between Bohemians and St.Patrick’s Athletic too.

It has been a while since the mood around Irish football has been so up beat.