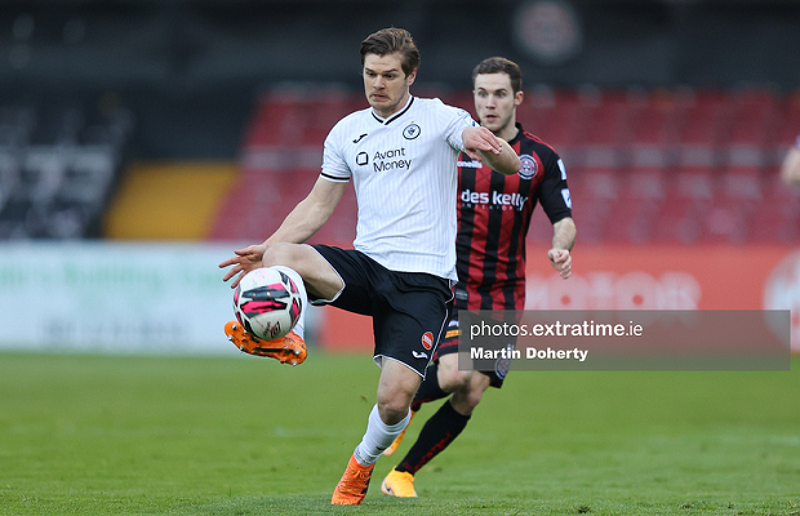 Colm Horgan has signed a new deal with Sligo Rovers keeping the defender at the Showgrounds for next season.

The 27 year old has made 26 appearances for the Bit O’Red so far this season with the right back being deployed as a left back and midfielder at times since joining in February.

“This has been the most enjoyable year of football for me since my first season in Cork,” Horgan said, speaking to the club’s website.

“It has made me really love playing football again. The last two seasons had been difficult and coming to Sligo Rovers has invigorated me.

“Liam (Buckley) has been brilliant. The competition is there in the squad and you can never rest. Lewis Banks has been in great form and I think Liam trusts us both.

“That’s a good way to have it. I’ve played games and whenever I didn’t Liam communicated with me his thoughts and explained it to me. That’s something I appreciate.

“I’ll do a job in wherever I’m asked and I’m happy to do it. I feel I’ve done that this season and I think the squad will be even stronger next year. Every player who has signed has to be ready for that and I think they will be.”