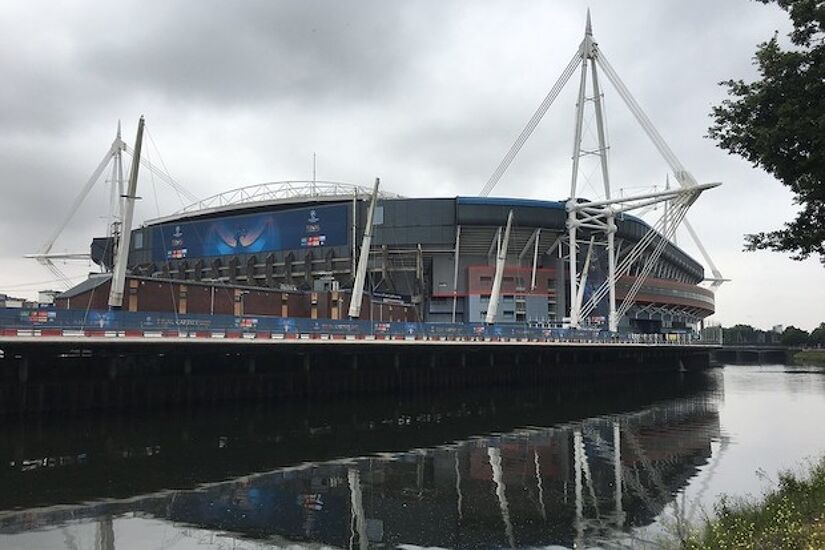 Unlucky not to have received a senior Irish cap during his playing career, Jon Daly is currently expanding his coaching horizons as assistant manager/under-23 boss of Finnish side TPS Turku.

Yet another product of the conveyor belt of footballing talent which is Cherry Orchard FC, the Dubliner left home for Stockport County in 1998, at the age of 15. While at Edgeley Park, Daly continued to represent Ireland at all age levels, including participation at the 2003 FIFA World Youth Championship, held in the UAE.

“Unfortunately, not everybody gets opportunities like that,” said Daly when he spoke with extratime.com recently. “When you're at a tournament of that calibre, it opens your eyes to levels that you can aspire to. It whetted our appetites and allowed us to see all that world football has to offer.”

On the club front, the young forward experienced loan spells with Bury and Grimsby Town until a permanent switch to Hartlepool United in early 2005. During that season's play-off final against Sheffield Wednesday, Daly came off the bench, netting almost immediately and placing unfancied Hartlepool within eight minutes of Championship football.

“Against a club like Sheffield Wednesday, with their history, we were massive underdogs. In the build up, you're hoping that you get to start, but disappointed when the team was named the day before. You quickly get your head around that and focus on what's under your control, like making the best impact possible if you get on.

"Thankfully, I did and scored with my first touch to put us 2-1 up. The sheer joy, emotion and noise in the Millennium Stadium will stay with me forever.

"The disappointment to come so close was enhanced by the subsequent penalty decision and red card, which I felt we were hard done by. Recently I watched highlights from that game and it was a definite penalty and red card (laughs).

"The play-offs are cruel at times, where your season is extended by three or four weeks, only to get your heart broken. However, it does give you that hunger to play in big games before large crowds.”

Following another loan stint at Bury, Jon joined Dundee United, where he went on to achieve his first senior winner's medal by capturing the 2010 Scottish Cup, in a 3-0 victory over Ross County.

“When we saw Ross County beat Celtic, we knew it was a big opportunity for us to win a trophy … That's no disrespect to Ross County. We were favourites, but knew they had some dangerous players who could cause us problems. Once we got that first goal, we knew their game plan to keep it at 0-0 for as long as possible was gone and they had to open up to get themselves back in the game.

"We had players who could hurt them and finish them off and that's what happened. As a youngster at Cherry Orchard, you're used to winning medals every year and expect that to be the norm when you turn professional, but for most footballers that's not the case.”

Despite having been a regular underage international and enjoying his peak years at Dundee United in the SPL, Daly never got the call for senior Ireland duty, even for a friendly fixture.

“As a kid, your dream is to play for your country at the highest level. I made it to under-21s level and was never fortunate enough to make that next step. When I was playing my best football, in Scotland, I have no arguments about not being picked, when you look at the strikers who were ahead of me, playing in the English Premiership.

"My best years coincided with when Ireland had the widest choice of strikers available. Those players were better than me. I enjoyed watching and supporting them, wishing that they did well.”

After Dundee United, Jon became the first Republic of Ireland born Catholic to play for Glasgow Rangers, signing in 2013. Back then, the club were fully expected to negotiate their way back to the SPL as soon as possible, following automatic demotion to the bottom tier of the Scottish professional game, on the back of well-publicised financial irregularities, but progress hit a stumbling block in 2014/15.

“When we were in the Championship, Hearts and Hibs were in the division and there was only one guaranteed spot to go up. The other one was through the play-offs, which the club got through to the final, but weren't strong enough against Motherwell.

"They're back now where they belong, fighting for the Premiership and competing in Europe, but there was massive pressure for us to get them back up there to do that.”

Seeing out his playing days at Raith Rovers, Daly retired in early 2016 to take up a coaching role at Heart of Midlothian. Currently, the Irishman is assistant manager to former Rangers teammate Jonathan Johannsson at Finnish side TPS Turku, while also overseeing the club's under-23 team.

“The climate, culture and conditions was all challenging. I'm not sure what's going to happen going forward. The club have asked me to stay, but with the way the world went, it's been a difficult year on a personal level, with my family being back in Scotland. I've not been back there since January and that's been tough.

The under-23s finished third this year and we were in the hunt to finish first and compete in a play-off to go up until the penultimate game. We had 15/16 year olds playing in the third division against men and it's helped their development. We've had a couple recognised internationally and those guys are now on the radar of teams throughout Europe.

With the first team, our target at the start of the season was top two (the club just recently finished third). I've been pleasantly surprised with Finnish football. Most teams are organised and like to play out from the back.

This year I've grown as a coach, but also as a person because of what's happening off the pitch.”