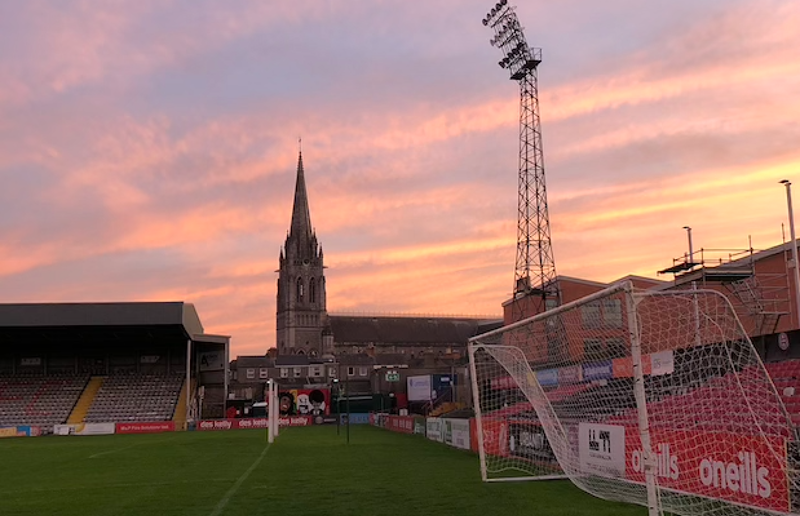 There will be no away fans in Dalymount Park when Shamrock Rovers next visit Credit: Macdara Ferris (ETPhotos)

Bohemians in response to receiving no ticket allocation from Shamrock Rovers for Monday’s league game In Tallaght Stadium will not be giving away tickets to the Hoops for next month’s league match.

The Gypsies issued a statement this evening noting that ‘Bohemian FC can confirm that we do not intend to give Shamrock Rovers a ticket allocation when the sides meet at Dalymount Park in November’.

Bohs noted that since COVID-19 restrictions allowed a 50% capacity at outdoor sporting events (from 6 September), Bohs have given away allocations to Maynooth University Town, Finn Harps, Derry City and Dundalk.

They noted that Monday’s match ‘was the first Bohemians game – either home or away – that there were no away fans in attendance since the 50% permitted capacity was introduced, despite the Tallaght Stadium being able to hold more spectators than any other ground in the league’.

The government today noted that sporting venues can operate at 100% capacity from 22 October.

When Bohs knocked Rovers out the FAI Cup in late August there were home supporters only in Dalymount Park – that game was a designated test event with an 800 spectator capacity.

Shamrock Rovers were unhappy with how that match was stewarded with Stephen Bradley allegeding that stewards spat at him during the game and that they clashed with his members of his squad.

Danny Mandroiu received a one-match ban for throwing an item back into the crowd after the game ended with a 2-1 win for the Gypsies.

Bohs responded previously to Bradley’s comments where they described them as “baseless allegations, which appear to be nothing more than a see-through and opportunistic attempt to influence match-day operations for future games between the clubs”.

Earlier this season the Hoops had allocated away tickets for some games that were named test events in Tallaght including to both Drogheda United and Dundalk in late June and early July when the stadium capacity was set as 1,000.

Since September, Shamrock Rovers allocated away tickets to Waterford and Sligo Rovers but not to St. Patrick’s Athletic, Derry City nor most recently Bohemians.

In that time the Hoops have received an away allocation from Finn Harps and Sligo Rovers but received no away tickets from St. Patrick’s Athletic nor Dundalk.