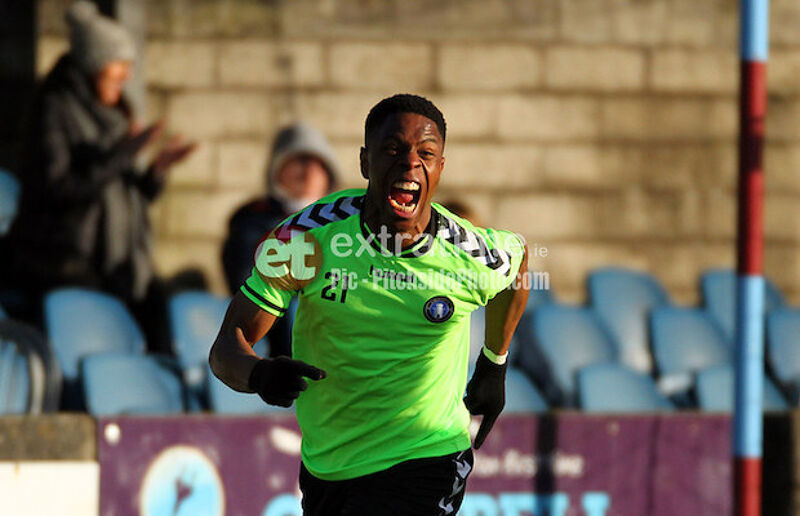 On Saturday, Chiedozie Ogbene on debut became the first African born player to score for the Republic of Ireland.

Stephen Kenny told extratime.com about the difficulties in registering the winger for Ireland, and how pleased he is that he’s forging a career for himself.

“It was a long process to get him registered, with UEFA and FIFA having to trawl through records,” Kenny said.

“I didn't feel that was right because he’s lived in Cork since he was seven. He grew up through the schoolboy system, came into Cork City then played for Limerick. He should have absolutely been able to play for Ireland a long time ago, but he wasn't.

“The minute I got the job we were trying to get him free to play. It happened just before the summer window, and it was only right.

"A lot of people in Cork are very proud of him having done so well. He’s forging a career for himself at the moment. Ideally he’d want to be playing at the highest level he can, and we’ll take each game step by step.

“He’s a real positive personality and it was great for him to score. He surprised us with that because we haven't got it down as one of his main attributes. The power he got in the header was terrific.”

Looking ahead to the visit of Qatar on Tuesday and November's qualifiers, Kenny said “we’d like a good performance. We have to earn the victory then take Portugal on. That will be a great occasion. We definitely want two good results in November.

Stephen Kenny: ‘We want to experience winning at home, and want our supporters to experience that’ https://t.co/JCvliaykB9 pic.twitter.com/sAyoUSV6Ay