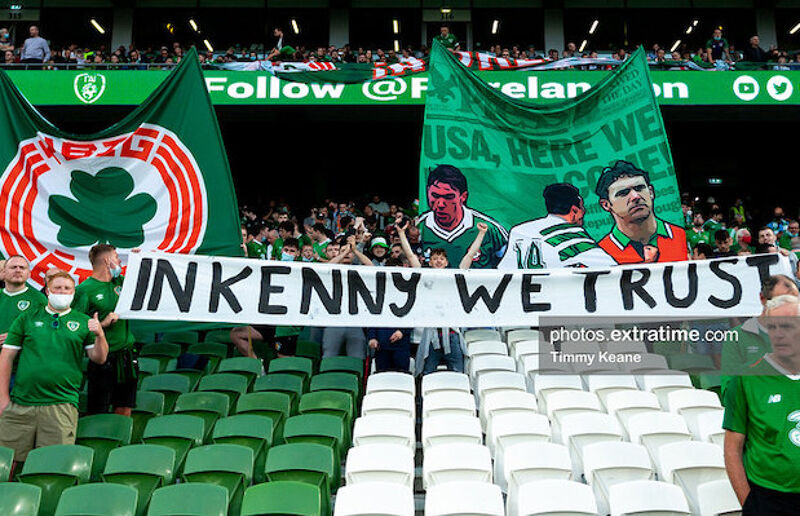 Liverpool goalkeeper Caoimhín Kelleher will make his full Irish debut against Qatar, with Jason Knight also set to feature. Although Stephen Kenny said that he wouldn't be making “wholesale changes”, injury concerns over Daryl Horgan and Josh Cullen may force Kenny into making some changes.

The Boys in Green faced Qatar for the first time ever last March. James McClean scored early on but Mohammed Muntari’s second half strike earned his side a draw.

From that friendly, only five of that 11 started in Baku last Saturday, while three weren't even selected for this current squad (Shane Long, Robbie Brady and Cyrus Christie).

On the face of it, a midweek friendly match against totally unfamiliar opposition may not be that appealing for supporters. Despite this, just 300 tickets remain at the time of writing, an encouraging sign that this team is one that supporters are keen to get behind with a COVID-19 restricted 25,000 capacity crowd expected.

With Kelleher making his full Ireland debut tomorrow, Kenny praised the 22-year-old, and told the media that he fully deserves the opportunity.

“He’s a real natural goalkeeper,” Kenny said. “A terrific talent and obviously played ten times for me as under 21 manager, so I’m well aware of his qualities.

“He was unfortunate last season when he was injured and that opened the door in March for Gavin Bazunu, who has been terrific. He made his debut at halftime against Hungary, but this is his first start tomorrow in front of a home crowd and he deserves it.”

Seeking his third win in the job, the ex-Dundalk boss said he and his team are fully focused on the game, despite the long flight and tight turnaround after Saturday.

“We’re focused on getting the team ready. It’s a quick turnaround. Qatar have had some good results over the year, they're a very attacking team and commit everything. We’ll have to play really well. We want to experience winning at home, and want our supporters to experience that.”

With Kelleher replacing Bazunu on Tuesday, and the likes of Nathan Collins, Will Keane and Liam Scales yet to make their debuts, Kenny was asked about the squad depth, and how various factors can influence team selections.

“What we're trying to do is create an environment where going forward, there's going to be real competition for players,” Kenny said.

“I see that because of the high number of players making their debut, and some doing well at club level. Not everyone is having a great time at club level and that opens the door and means that there's inconsistencies in selection at times.”

Kelleher told the media that he has no regrets about not heading out on loan, as Bazunu has done this season and last.

“I don't regret anything,” said Kelleher. “It’s different for everyone, different individuals, it’s different journeys. The way my career is going is completely different, so I don’t have any regrets. I’m happy to do what I do and how it has turned out.”