Stephen Bradley: ‘I think the majority of our underage squads will be made up of home based players and that is going to be the norm’ 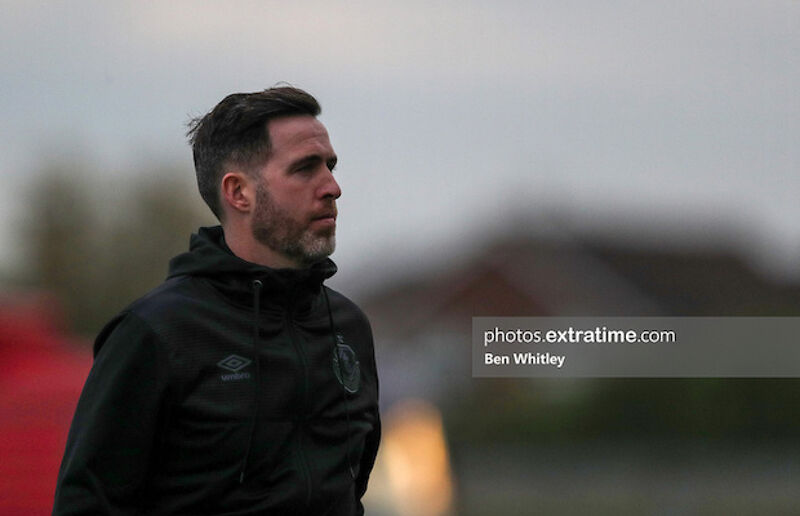 On Thursday night the Republic of Ireland under-17 side beat Andorra 5-0 with a team without any club representation from England.

On Friday night there was just one Premier Division game – with Dundalk beating Shamrock Rovers 1-0 in Oriel Park - as the remaining matches were called off (along with two postponed First Division games) due to League of Ireland player commitments with the Republic of Ireland under-21 squad and their European Championship qualifiers.

They had a 2-0 win over Luxembourg in Tallaght Stadium on Friday.

This Tuesday the u21 side play in Montenegro which had been on the UK and German red list, meaning Covid-19 travel restrictions looked like Ireland would travel with essentially a home-based squad for that game since Montenegro wasn’t on Ireland’s red list.

However, on Saturday the FAI confirmed that the Ireland squad “has departed for Podgorica with a squad of 29 players following consultations with clubs, the English FA and UEFA after travel restrictions to Montenegro were relaxed by the British Government.”

Even with that relaxation 15 of the players in that squad are with League of Ireland clubs.

Seeing an underage squad made up predominantly of players from our domestic league is a sign of things to come said Stephen Bradley when he spoke with extratime.com after Rovers’ game in Oriel Park last Friday.

He is hopeful that these types of squad makeups become more common and emphasised that it is up to the League of Ireland clubs to ensure that the players are able to perform at that high level.

“That should be a plan, that should be our objective,” said Bradley about having squads with significant home based players. “We can't say no to Irish players that are living in England that have Irish parents and grandparents. We should always welcome and embrace that.

“But I think the majority of our squads will be made up of home based players and that is going to be the norm going forward. And it's up to us to make sure that we're developing them correctly so that they are good enough to step up to them levels.”

On the scoresheet for Ireland u17 in Cork were three players who came through the Shamrock Rovers academy.

The stunning opener was scored by Rovers’ Justin Ferizaj. Kevin Zefi and Sam Curtis also were on the scoresheet – both players lined out in the First Division last season with Shamrock Rovers II – Zefi has since moved to Inter Milan with Curtis joining St. Patrick’s Athletic.

Seven League of Ireland players make up the 23 man under-19 squad for Monday’s game against Sweden. Amongst them is Hoops striker Aidomo Emakhu who is joining up with the squad this weekend having made an appearance off the bench in Oriel Park for Rovers as Bradley’s side had a fruitless chase to equalise Sean Murray’s first half goal for Dundalk.

Bradley was disappointed with the result in Oriel Park but felt the overall performance of his team was good.

“We started really poor and started slow. We were sloppy in our play and they got the goal in that period but after that I thought we had four or maybe five really good chances - Gary O'Neil's one, Dylan’s shot that was saved, there wasone off the line. There was also a header from Aaron Greene.

“We had a lot of chances and we're usually ruthless in that scenario but it just didn't go in for us but overall the performance was good. We had some ok play in the second half, without actually creating clear cut chances.

“I think a lot of that was down to the fact that Dundalk ended up on the edge of the box. They were very deep in the second half and as a result the spaces weren't there to go and really hurt them.

“That was only natural considering they were one up and holding. They took their chance and we didn't take our chances. We should have had a penalty, we didn't get it. It was just one of them nights.”

The Hoops have a big four days coming up in the next week with Sligo Rovers coming to Tallaght Stadium on Friday night followed by Bohemians on Monday evening. Bradley’s side has a nine point lead over second placed St. Patrick’s Athletic with seven games remaining.

“All our focus is on Sligo. We are focused on the game in front of us and next week will be no different. We know we've done really hard work this year to put ourselves in a fantastic position and now it is just about driving it home.”