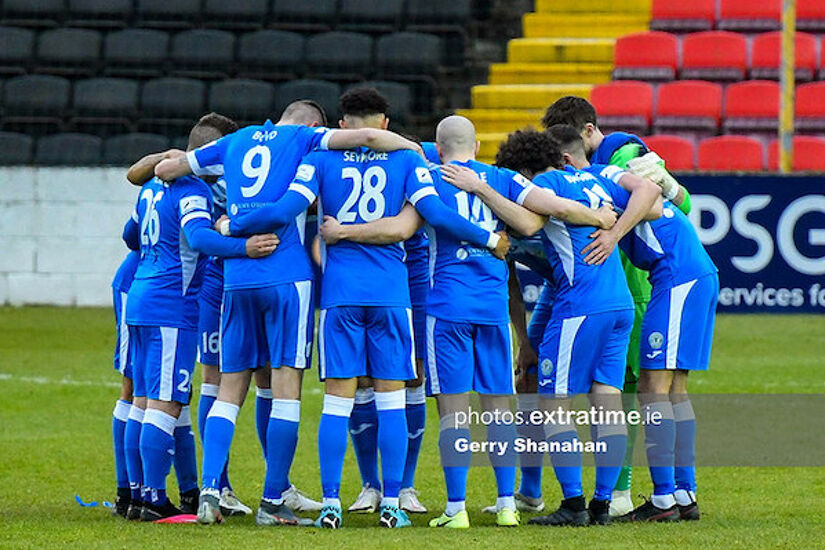 Finn Harps will be eyeing their first appearance in an FAI Cup semi-final since 2014 when they welcome Premier Division strugglers Dundalk to Finn Park (kick-off is at 8pm).

Harps come into the game off the back of a promising run of form, although, they did lose their last league outing at home to Bohemians.

And despite Dundalk’s struggles, Harps boss Ollie Horgan is expecting a stiff test against the current FAI Cup holders.

“On paper, Dundalk have a fabulous side,” Ollie Horgan told his club’s media team. “I know they have some injury woes of their own but don’t let their league position fool anyone, they have an abundance of quality there and if they’re on their game at all it will be a massive test for us.

“We’ve struggled in the final game of a three-match week a few times this season already and so I’m just hoping we can get ourselves re-energised and ready for a battle on Friday night because that’s exactly what we’re in for.”

Will Seymore, Jordan Mustoe and Sean Boyd are doubts.

Dundalk will be looking to inject some life into their tumultuous season when they take on Finn Harps in the last-eight of the FAI Cup at Finn Park this evening.

The Lilywhites come into the game in wretched form, and they are hurtling towards a relegation playoff.

Combine that with an air of negativity around the place, Vinny Perth’s side are aware of how important a big win in the FAI Cup will be against Finn Harps.

“But I have been here for almost 10 years, and I know Dundalk people and when we stick together, we are quite a force, and we need to do that.

“We are looking forward to the game. There’s nothing we can do about outside noise; we have just been focusing on ourselves and we are confident we can take another step towards another cup final.”

It is not only Perth who realises how big tonight’s game is, its significance is also well-known by defender Andy Boyle.

“It has been a tough week,” he said. “Our aim at the start of the week was to win all three games.

“Obviously, we haven’t done that, but we can finish the week well and a place in the semi-finals is a big carrot and something the players are all focused on.

“I know it’s been difficult, and the season hasn’t panned out the way we wanted it to but we have a chance to finish it well and say thanks to the fans.

Daniel Cleary and Han Jeongwoo return from suspension, however.