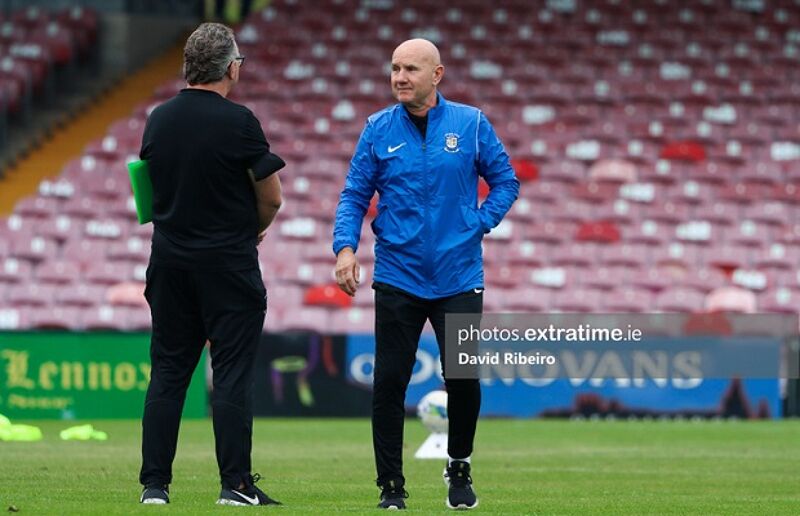 Athlone Town boss Paul Doolin was in a defiant mood as his side gave themselves a fighting chance of getting back into the promotion picture on Friday night.

The former Drogheda United boss saw his run out deserved 1-0 winners away to Bray Wanderers, cutting the gap between themselves and the Seagulls down to five points.

After the game, Doolin admitted, while he was pleased that his side won the game, he thought they could have won by more than they ultimately did.

“To be fair, it could have been by more,” he told extratime.com. “We had some chances from the off. Last week we didn’t start off well.

“We hit the post and then had a goal ruled out for offside that must have been really tight but to come up here and get a result is great.

If we wanted to stay in it, we had to come up here and win to hope something might give for us.

“There’s no margin for error for us at the moment and I thought the players defended magnificently for us.”

Just five points behind in the playoff chase, Doolin remains coy as to what his side can achieve this season.

“All we can do is do what we can and try to win games. There are five games left.

“When I came in there was eight games left, and it didn’t leave us with a margin for error so we’ll see what happens.”

This is also Doolin’s first time back in League of Ireland management since leaving Cork City in 2009.

But the Dubliner feels that his experience of setting up teams and getting results will prove pivotal as Athlone near the season’s end with a slim chance of reaching the playoffs.

“You never lose what you pick up over the years as a player and a coach,” he said.

“It’s still played on grass and 11v 11. As I said before I have good experience of setting up teams and getting results.

“We’ve got two so far, we were unlucky last week [v Cork] and we’ll go again.”