Bradley’s boys not distracted by the noise 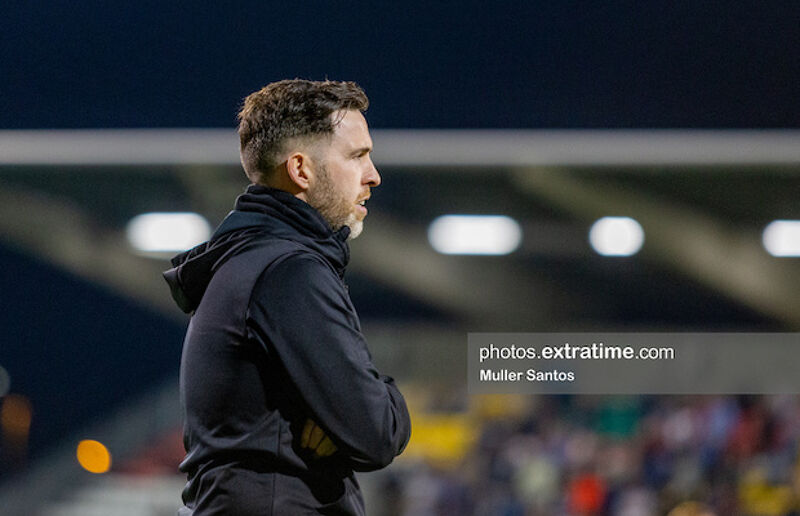 Stephen Bradley watching on from the sidelines during his team's 2-0 win over Waterford on Friday Credit: Muller Santos (ETPhotos)

Shamrock Rovers had a sticky patch back in May and June when injuries took their toll on their squad. They picked up nine points from 24 on offer but bounced back to win their next five in the league up to the recent defeat to Finn Harps.

And it was back to winning ways for the Hoops on Friday night with a 2-0 win over Waterford as Rovers avoided losing five competitive games in a row for the first time since 2005.

With Sean Hoare set to return next week and Sean Kavanagh not far away, the Hoops are sitting three points clear at the top of the table with two games in hand over second place St. Patrick’s Athletic. Ominous signs for their rivals in the league if they are to stop Rovers retaining their title.

“A lot has been made of our last few results from outside - there's been a lot of noise,” said Stephen Bradley speaking after the win over Waterford ended their run of four defeats in a row (from their losses in the Europa League home and away playoff , the FAI Cup exit to Bohs and their first loss to Finn Harps since 2008).

“There was never any panic. We just needed to relax and trust what we do. Go back to basics and we did that. We just concentrate on what we do. We focus on us and if we do what we can do, it doesn't matter what anyone else does.”

Waterford came to Tallaght having won six and drawn two of their last nine games but the Hoops dominated the game and Bradley believed the changes he made at the break were crucial in securing the victory after the first half ended scoreless.

“We said at half-time, the way they were playing and the chances we were creating, it was going to come. It was just a matter of being patient and trusting what we do. Credit to the players, they did that. They never panicked or rushed. They kept playing and probing and we got our rewards.

“After having a look at their game plan in the first half we tweaked it at half time. We went up a gear or two in the second half.

“Our performance looked to be back to ourselves. We looked high energy, moved the ball with high tempo, and our angles were good. We played some really good stuff.”

The introduction of Aidomo Emakhu off the bench in the second half provided some fresh impetus and Bradley was also pleased with Barry Cotter’s home debut for the Hoops.

“He gave us real energy,” said Bradley about Emakhu. “He is really quick. He is dangerous as he can go both ways. Most of all, I love his attitude and his temperment and what he brings to the pitch every time he comes on.

“He has great hunger to play in this team. You obviously need ability to be here but you need that attitude and he has it.

“Barry is going to be a really good player for us. He is willing and wants to learn. He is asking questions. He is working hard and if that continues he will have a bright future at this club.”

Next up for the Hoops is a Saturday night trip to the Showgrounds when they could move six clear of St. Pat’s and 14 points clear of third placed Sligo Rovers.