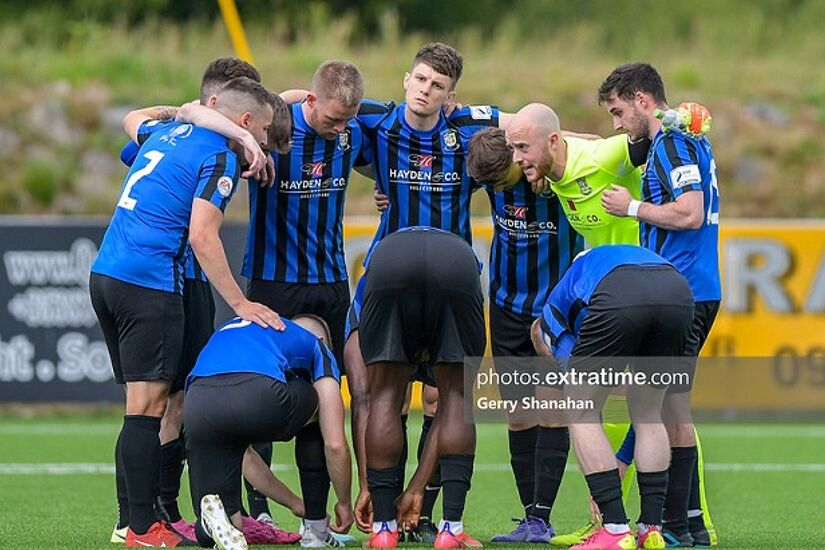 Delaney rose highest to meet a Kurtis Byrne corner to give Athlone a deserved win, leaving them with two wins from three since the appointment of their new boss.

It also proved to be Bray’s first home defeat since June when they lost 4-1 to league leaders Shelbourne.

Both teams came into the game off the back of defeats with Bray crashing to their first league defeat since June.

That was, of course, without Ireland under-21 Brian Maher and suspended trio Dylan Barnett, Richie O’Farrell and Conor Clifford.

All three returned for the Seagulls for the visit of Athlone to the Carlisle as Paul Doolin looked to mastermind a win with his beleaguered side.

Athlone too lost away to Cork City last week, with Doolin ringing the changes from that heavy defeat at Turner’s Cross as Lee Duffy missed out in place of Brandon McCann.

And that defeat seemed to inspire a fast start from the visitors, and they probably should have been ahead inside the opening 60 seconds of the game.

Glen McAuley was played in and found the back of the net, but we adjudged to have been offside, despite appearing otherwise.

Scott Delaney then saw a header crash off the post from a Kurtis Byrne corner-kick moments later.

The hosts, however, showed flickering’s of light after a stuttering start, buyt Brandon Kavanagh’s shot from just outside the penalty area was saved comfortably by Michael Schlingermann.

Kavanagh then pounced on a mistake from Kilian Cantwell moments later, but he was denied by the onrushing Schlingermann.

Dylan Hand then went close again for Athlone Town, but his volley scooped itself over the bar.

Schlingermann was called into action moments midway through the first-half as a he denied Richie O’Farrell’s deflected effort on goal.

After a quick start to the game, however, the game calmed down considerably as the half wore on.

McAuley’s tame effort from the edge of penalty was the most notable event of a drab end to the half as the sides went in deadlocked at the break.

But just minutes into the second-half, Athlone took the lead with a Delaney header in the 49th minute.

Bray’s livewire Kavanagh then tried to level matter minutes later, but his low fizzing effort was saved by Schlingermann.

Athlone remained a threat on the break, and they went close on two occasions through McAuley, but he could not score.

His best chance came from an Oisin Duffy cross into the six-yard box, but he was unable to get enough of a connection on the cross.

Kavanagh then saw his free-kick saved by Schlingermann as Bray struggled to create anything of note late on.

And their last chance of the game came through Gary Shaw, but his header from Darren Craven’s corner went over the bar.

The result leaves Athlone Town just five points behind Bray Wanderers in the playoff chase with five to play.