James McClean on Stephen Kenny: 'He tries to build players up as much as possible' 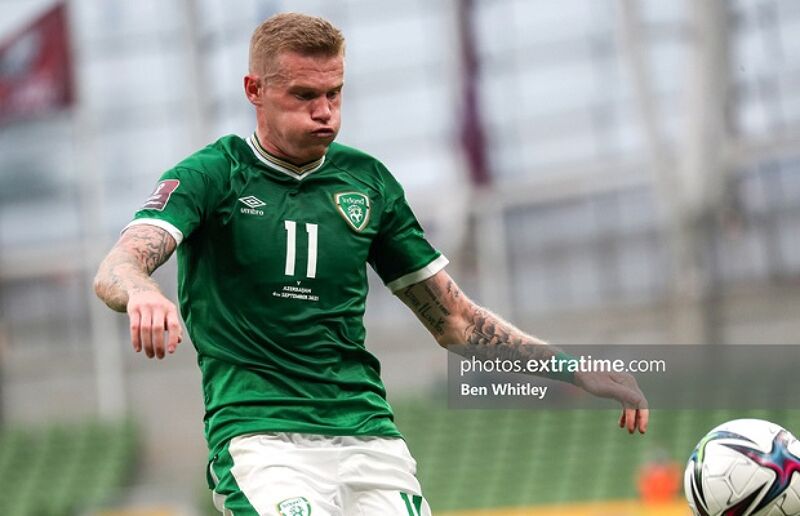 Years ago, James McClean was brought home to Derry City by Stephen Kenny, to help the Candystripes in their search for glory.

The pair were electric with the Dubliner guiding the young winger and the squad to the 2010 First Division title.

They met again years later, long after McClean had gone to England and Kenny had won a clean sweep of silverware in Ireland with Dundalk.

This time, McClean is in a senior role, and he is watching his former manager develop a young Irish team with hopes of qualifying for future international tournaments.

Ahead of a crucial World Cup qualifier against Serbia at the Aviva Stadium, the winger opened up on his own experiences with Stephen Kenny, and how the manager uses that to nurture emerging talent in the Irish team.

“First and foremost, Stephen Kenny is such a nice man,” he said.

“He’s not a ranter or a raver, he’s not someone who would put someone down. He tries to build players up as much as possible. As a young player, that is brilliant because that is what you want to hear.”

“It’s all nice to get a lot of compliments and Stephen Kenny is very good at that. But, he will also tell you when you are out of line. I’ve experienced that a few times.

“Stephen Kenny is very good at getting that balance between building your confidence up and making sure you don’t take it for granted.”

McClean also opened up on his role within the Irish squad: “We senior players need to tell them when things aren’t going well or they step out of line. They might need a harsh reality.