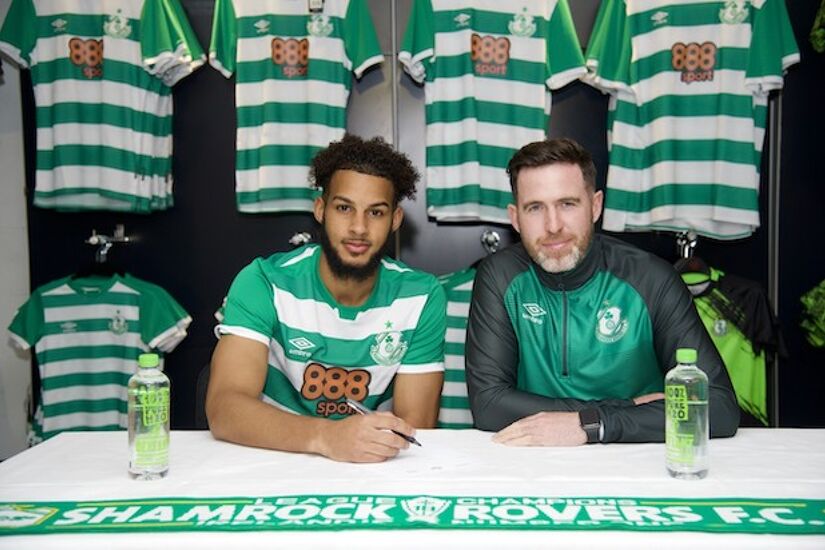 Shamrock Rovers have secured the signing of defender Barry Cotter from Ipswich Town on transfer deadline day in the UK.

Subject to international clearance, Cotter will join the Hoops squad with immediate effect and could make the trip Ballybofey this coming Friday.

“We are delighted to sign Barry,” said Hoops Head Coach Stephen Bradley. “He has many of the attributes we look for in a player and we look forward to working with him”.

Rovers have hit another injury crisis and with Liam Scales gone to Celtic, Bradley needs some bodies at the back in particular with Lee Grace, Sean Hoare, Sean Kavanagh and Neil Farrugia all out but Cotter won’t be viewed as just short term cover.

The 22-year-old player can play at right back but is another option for Rovers on the left. He began his senior career at Limerick, making 11 appearances during the first half of the 2017 Premier Division season.

The Ennis-born right-back played for the Ireland under-19s with Danny Mandroiu.

He moved to Mick McCarthy’s Ipswich Town in January 2018 making his Championship debut later that season but during his time at Portman Road he made only four first team appearances in three years during which time he also played ten games for Chelmsford City in the National League South club during two loan spells.

He had played on trial with Vanarama National League Bromley earlier this year but has made the decision to return to the League of Ireland to link up with the 2020 champions.

Meanwhile Bohs who beat the Hoops in the cup last Sunday have signed striker Cole Kiernan from Middlesbrough.

The 19-year-old spent a year with Boro’s under-23 team having previously been with their local rivals Sunderland where he captained the club’s under-18 side.

“He will provide us with options up front and will add different qualities to help the team as we enter the last few months of the season,” said Gypsies boss Keith Long.

“We are looking forward to working with him, and we hope that the potential he has can be realised with us in a new environment.”

Keith Long: ‘We are delighted for the supporters that we were able to put in the shift that we did and get that result’ https://t.co/G9U8SWZXTS pic.twitter.com/UIC7Furt9V