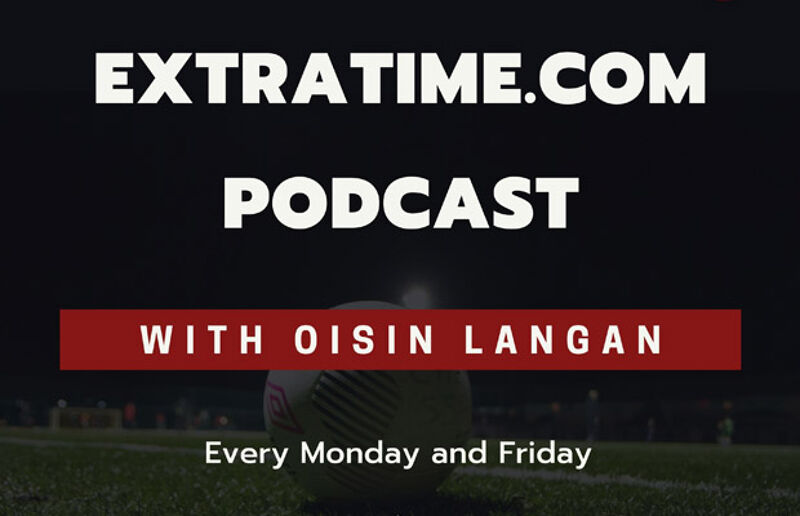 On the Extratime.com Monday Podcast with Oisin Langan, Aoife Mullen talks to Keith Long after his sides' win over their Dublin rivals Shamrock Rovers in the FAI Cup on Sunday (0:58). Andrew Dempsey caught up with Longford Town boss Daire Doyle after their weekend defeat and asked him if he is worried that losing is becoming a habit (8:04).

Dundalk sealed a win in the Cup after a 5-1 win over St Mochtas on Friday night and Aoife Mullen talked to manager Vinny Perth about their next game and whether he felt Michael Duffy deserves an International call-up. (9:20)

We also have Ole Gunnar Solskaer on whether Man United got away with one against Wolves as well as his thoughts on Paul Pogba and Cristiano Ronaldo (11:50).

Former Kerry captain Billy O'Shea chats about the Kingdom's loss to Tyrone and why Peter Keane should stay on (15:20). Staying with Gaelic Games, we have Cork manager Paudie Murray talking about the upcoming Camogie final between Cork and Galway (32:05).

BBC Scotland's Eamon Donohoe chats to Oisin on Celtic's defeat to Rangers in the Old Firm derby and how James McCarthy and Liam Scales might fit in at Parkhead (34:45).

As always we have extratime.com reporter Tom O'Connor on all the Irish in action abroad over the weekend (48:40).

In our final interview of the podcast, Oisin chats to Leinster Rugby winger James Lowe (55:15).

NEW PODCAST ALERT
The https://t.co/94rjArr8tj Podcast with @oisinlangan is available

A bumper show for you this Monday - here comes a thread...