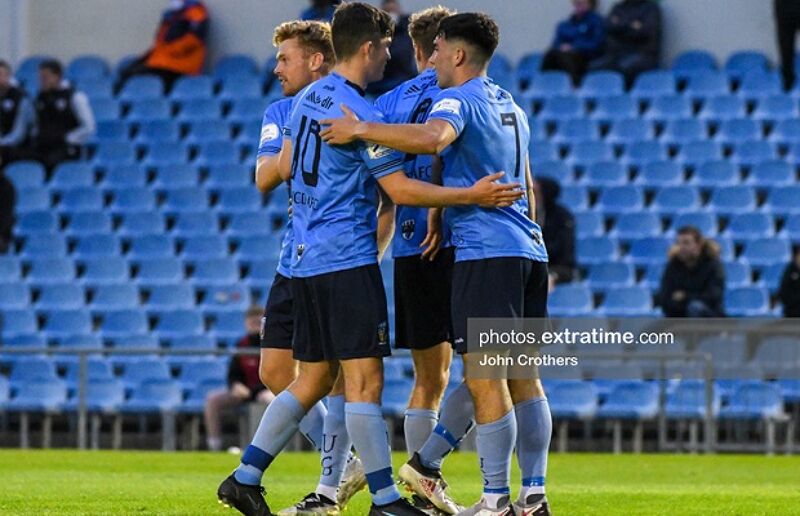 Galway United brought an end to Shelbourne’s unbeaten run as they saw off the league leaders with a comfortable 3-1 win last night.

Goals from Shane Doherty, Killian Brouder and Ruairí Keating secured the three points as the Tribesmen defeated Shels for the first time since 2014.

Shels did grab a late consolation through Brian McManus, but it was far too little too late for the visitors who returned to the capital with little to show on a bad night.

Bray Wanderers also maintained their promotion push that looked at risk of falling away at the start of the season thanks to a late win over Treaty United.

Conor Clifford’s penalty was the difference between the sides after Brandon Kavanagh was felled by Charlie Fleming in the box. Clifford made no mistake to break Treaty hearts.

Cork City continued their scintillating run of form thanks to a comprehensive 4-0 win over local rivals Cobh Ramblers.

A brace from Barry Coffey coupled with goals from Beineon O’Brien-Whitmarsh and Cian Murphy set the Leesiders on their way to another win as they look to claw their way back into playoff contention.

UCD scored six of the best to dismantle a dismal Athlone Town at the UCD Bowl.

Helped in no small part by some comical Athlone defending, Colm Whelan scored three to boost his tally to 16 goals this season.

Liam Kerrigan and Adam Lennon also got their names on the scoresheet after Michael Schlingermann was credited with an own-goal after being unable to keep out Sam Todd’s header that came off the post.

The result leaves Athlone with just two wins in their last 15 games, and now 8 points behind UCD.

POST-MATCH REACTION@UCDAFC boss Andy Myler spoke to @AndrewDempsey98 after his side secured a big 6-0 win over Athlone Town at the UCD Bowl last night.

"It's been a good couple of weeks for us capped off by that performance.."

Cabinteely also fell to a 2-1 defeat away to Wexford thanks to a Jack Moylan winner.

Kyle Robinson gave his side the lead before Kieran Marty Waters levelled matters for Cabo.

But Moylan was on hand to strike a winner for Ian Ryan’s charges who’s resurgence continued.