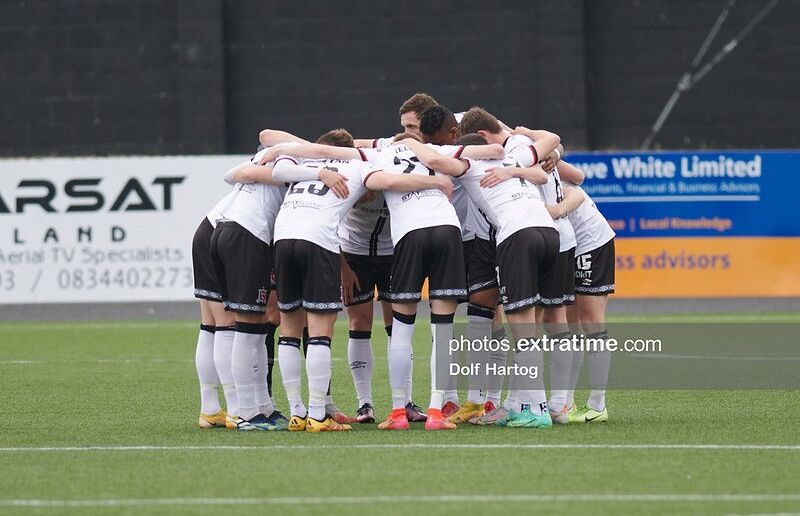 Dundalk travel to the Netherlands to take on Vitesse Arnhem in the first leg of the Europa Conference League third round on Thursday August 5th, kick off is 6 pm.

The second leg will be played at the Tallaght Stadium on Thursday August 12th with an 8pm kick off scheduled for next week.

Who are Vitesse Arnhem?

Vitesse Arnhem, commonly just referred to as Vitesse, are a Dutch club located in the town of Arnhem in the province of Gelderland.

Geographically Arnhem is in the eastern part of Holland and is about an hour’s drive from Amsterdam.

The club is one of the oldest in the Eredivisie, the Dutch Premier Division, having been founded in 1892.

Vitesse play their home games in a 21,000- seater stadium called the GeireDome which was a new purpose- built arena opened in 1998.

The team’s manager is Thomas Letsch who is a German native who never actually played professional football. He has managed a variety of different teams in his career, being with Austria Wien before his appointment to the Vitesse position in May 2020.

Their playing squad is made up of about 50 % Dutch players with the rest of the squad coming from countries all across Europe including Germany, Denmark, Switzerland, Slovakia and Norway, amongst others.

The club has often been a stepping stone for future world class players, football fans of a certain vintage will recall the likes of Phillip Cocu, Pierre van Hooijdonk and Sander Westerveld while two former Vitesse players who starred in the recent Euro 2020 finals were Robin Gosens (left back for Germany) and Mason Mount (midfield for England).

What is Vitesse’s record in Europe?

Vitesse qualified for the Europa Conference League by virtue of finishing fourth in the Eredivisie in the 2020/21 season. They amassed 61 points in the 34-game league, finishing 27 points behind runaway winners Ajax.

As they qualified directly for the third round, they have been reliant on friendly matches to prepare for their fixture against Dundalk as their last league match was a 3-1 home defeat to Ajax on May 16th.

They played seven friendlies all across Europe, winning only three of those matches, the most recent being a 2-1 win over German club VFL Bochum

They have qualified for the Europa League on five occasions since 2012, only making it past the qualifier stage into the group stage on one occasion in 2017/18 when they finished bottom of a four-team group that also included Lazio, Nice and Zulte Waragem.

Who are their key players?

Oussane Tannane is a Morocoan born attacking midfielder who drives the team forward from midfield. He already had FC Utrecht and Saint Etienne on his footballing CV before arriving at Vitesse in July 2020, while he has 11 caps and two goals on his record for Morocco.

Their leading scorer in the Eredivisie last season was 21-year-old Belgian Luis Openda who netted 10 goals. He commanded a €3.6 million transfer fee when moving from FC Brugge in July 2020.

Who will the winners face in the UEFA Europa Conference League play-off round?

The winners of the Vitesse/ Dundalk tie will meet the winners of RSC Anderlecht (Belgium) or KF Laci (Albania).

Who is the referee for the away leg?

Alain Durieux from Luxembourg will take charge of the first leg in Arnhem.

He is 36 years old and is an experienced referee of European games having officiated at 27 games since his first appointment to an UEFA U-21 qualifier between Andorra and Lithuania back in June 2015.