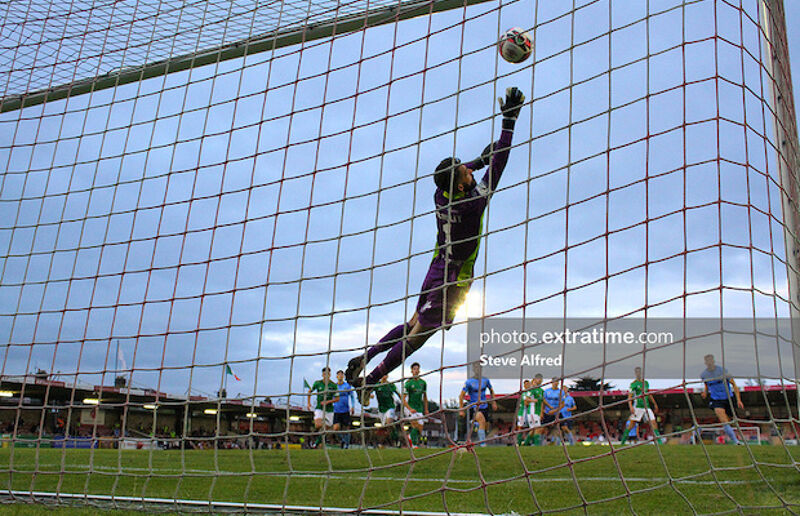 A superb freekick from Jack Keaney helped UCD to a deserved point at Turner’s Cross to maintain their place in the promotion shake-up. They will be frustrated not to gain ground on those ahead of them.

Cian Murphy gave City the lead, but they were forced to settle for yet another draw. It leaves them still languishing near the bottom of the First Division table. Both sides were concerned with serious looking injuries towards the end of the game however.

The Leesiders made two changes from the win up in Sligo. Recent signings Barry Coffey and Aaron Bolger both started in midfield. They replaced Steven Beattie and the suspended Alec Byrne. The Students were unchanged after their cup defeat to Shelbourne.

City started marginally the better of the two buoyed by their success in the cup. Midfield was proving to be something of a stalemate, but Bolger impressed early on in a deep-lying role in front of the back-line.

Chances were at a premium as both cancelled each other out. Dylan McGlade should have done better after a neat one-two with Beinéon O’Brien-Withmarsh. His effort from a tight angle went high over the bar though. Shortly after O’ Brien-Withmarsh saw a chance cleared off the line.

UCD came into the game as the half time break approached. A few misplaced passes in midfield helped them gain a foothold on possession. They won a succession of corners as City struggled to clear effectively. Neither side were able to really create a clear opportunity of note.

It was not long into the second half when City went in front. A searching ball from the defence evaded the UCD back-line. Lorcan Healy came out in a vain attempt to clear the ball, but Cian Murphy was alive to it. He was able to round the ‘keeper and slot it into an empty net. It kept up his impressive recent form. Celebration for those fans gathered in the Shed End also.

The Students aimed to strike back immediately. Colm Whelan was able to find himself in space inside the area after the home-side lost possession. Mark McNulty stood firm to deny the top-scorer in the league.

They were not to be denied, however. Darragh Crowley committed a foul just outside the area. Keaney stepped up to send the ball over the wall and into the top left-hand corner. It was a precise effort that left McNulty no chance.

McGlade and O’ Brien-Withmarsh combined for a chance that Healy was equal to. Murphy was unlucky to not connect with a fizzed cross from McGlade from six yards out.

UCD almost struck for the lead with ten minutes to go. After some last-ditch tackling from the city defence, Mark Dignam pounced for a low drive. It cracked the post, and the defence were able to hack it away.

A serious looking injury to Jonas Hakkinen held up the game for seven minutes. He came off the worse in a clash of heads as he aimed to head a set-piece clear. The defender was stretchered off with medical staff treating him. Not long after, Dignam seemed to land awkwardly as he challenged for possession.

Neither side were able to lift themselves to get a winner to aid their causes. Cork City must travel to Galway next Friday night, while Bray take on Shelbourne at home.