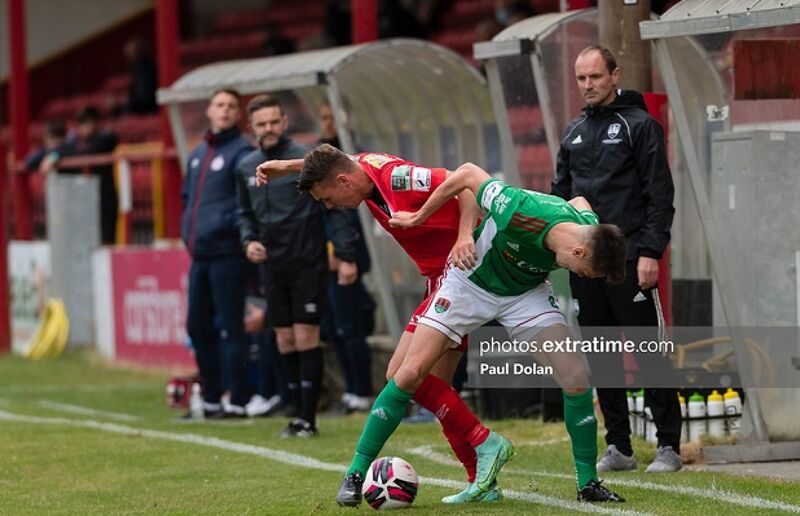 Cork City host UCD as they look to build on last weekend’s stunning FAI Cup win over Sligo Rovers, kick off at Turner’s Cross is at 7.45pm.

The Leesiders have endured a disappointing league campaign, but they will be hoping that they can use Sunday’s win as a springboard for better things.

And they have been boosted this week with the signings of Barry Coffey on loan from Celtic and the acquisition of Aaron Bolger, formerly of Cardiff City and Shamrock Rovers.

“I worked with Aaron before with the Irish under-19s and we all saw, when he came through at Shamrock Rovers, that he is a very, very good player,” City boss Colin Healy said on his new recruit.

“He was fantastic with the (Irish) 19s when I was there. He’s very good on the ball, but also very good off the ball as well. He will add more quality to the group and we are very pleased to have him here.”

In terms of team news for tonight’s game, Cork have not issued any just yet. Although, they do not have any suspension headaches to contend with.

After also securing a big FAI Cup win, UCD are back in league action to take on Cork City at Turner’s Cross.

It will be their first visit to the venue since their 3-2 defeat against City in 2019, a result that all but ended their stay in the top-flight.

But the tables have turned quite significantly since then, with City now languishing at the foot of the First Division.

But UCD boss Andy Myler is expecting a stiff test against the Leesiders away from home.

“Most people in the league are waiting for Cork to go on a run because I think their league position is a little bit false,” he said.

“They’re a better side than where they are so we have to go with the same application and work rate as we did against Shels.

“If we do that, we’ll be alright in any game, and we’ll take that regardless of the result.”