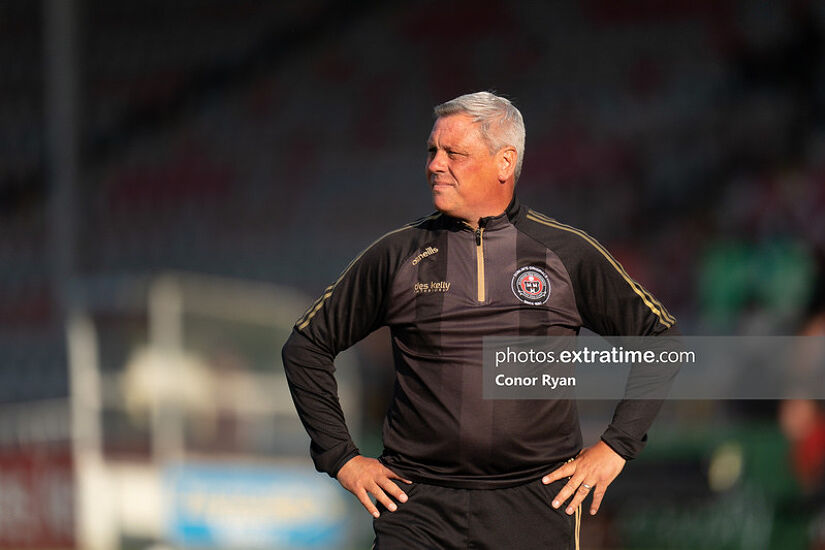 Keith Long: 'It’s great for us to have that stream of talent coming through the club'

Bohemians’ manager Keith Long heaped praise upon the club's younger players who stepped up in a 5-0 hammering of College Corinthians in the FAI Cup.

Four players in the starting XI on Sunday afternoon were graduates of Bohemians underage academy, and they shone in the first round of this season’s national cup.

The result came just three days after they beat Dudelange 1-0 in the second round of the Europa Conference League.

“It was a quick turnaround to come here after Thursday. So, we freshened up the team by making ten changes. The boys played really well.

“Some of the young boys come in. Aaron Doran, at eighteen years old on his full senior debut, scored his first senior goal. Jamie Mullins followed up on scoring his first senior goal last week by scoring again this week. We had a young seventeen year old playing centre back and Robbie Mahon playing on the left.

“Those four young boys came in and they were led by our captain, Keith Buckley who played the first half.”

The quartet are all graduates of St. Kevin’s Boys in Dublin, who then progressed through Bohemians’ teams in the underage national leagues.

“It’s great for us to have that stream of talent coming through the club,” Long reflected on the youth revolution at Dalymount Park.

“Keith Buckley also came through the academy a long time ago. Well, it wasn’t the academy then, it was the under-21s.”