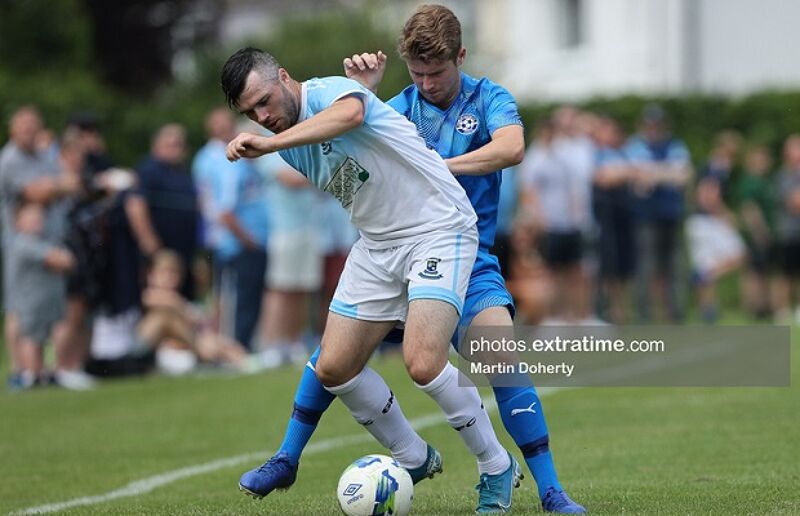 First Division Cork City provided the only shock of the first round of the FAI Cup this weekend with a sensational 3-2 win over Sligo Rovers at the Showgrounds.

The Leesiders fell behind thanks to a Romeo Parkes goal in the 12th minute before they would take the lead early on in the second-half thanks to a Dylan McGlade penalty.

That was of course after Beineon O’Brien-Whitmarsh levelled the game for Colin Healy’s side in the 28th minute.

Parkes would level again minutes later with a fine before Dale Holland struck late to hand City a priceless cup win over the Bit O’Red to give his side some much-needed impetus ahead of the final series of games.

While it was joy for one First Division side, it was heartbreak for another as Treaty United were defeated by Dundalk at the Market’s Field.

Patrick McEleney’s goal was the difference between the side’s in extra-time. Anto O’Donnell ensured that Treaty would end the game with ten-men following a straight red card offence.

Dundalk’s struggles on the road were not had by Bohemians as they cruised to a 5-0 win over Munster Senior League side College Corinthians.

The game was held at Turner’s Cross in front of 414 spectators as goals from Keith Buckley, Jamie Mullins, Aaron Doran, Keith Ward and Dawson Devoy gave the Gypsies an easy win.

Crumlin United also were knocked out of the competition, losing 2-1 at home to St Mochta’s.

Mick Daly and Gareth McCaffrey gave Mochta’s a 2-0 lead before the break.

That half, however, would see both teams end up with ten-men as Liam Brady and Darren Clarke were both sent-off following an altercation on the stroke of half-time.

Crumlin did halve the deficit through Glen Fullam, but it was too little too late for United who exited the competition.

First Division Cobh also avoided a scare as they won 2-0 after extra-time against Liffey Wanderers thanks to goals from Danny and Nathan O’Connell.

Meanwhile, Killester-Donnycarney saw off Usher Celtic by a goal to nil, with Eric Fowler netting an 82nd minute winner as Usher ended the game with ten-men.