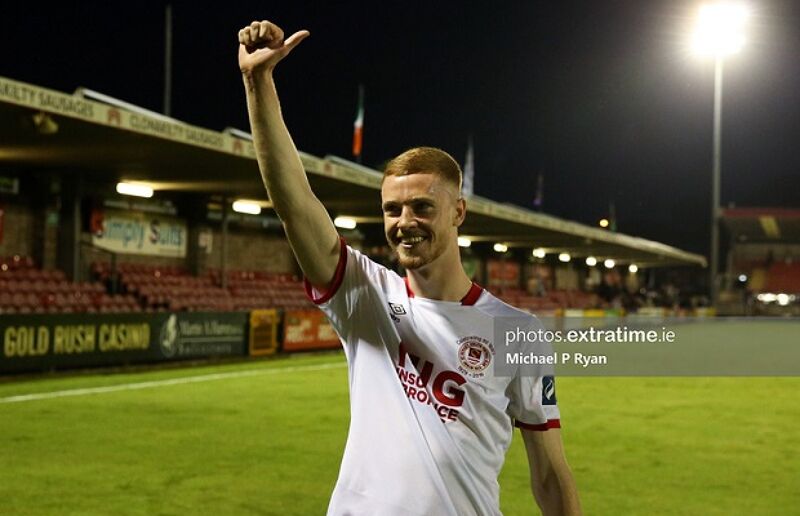 Glen McAuley produced one of the all-time moments of FAI Cup magic on his Athlone Town to force a penalty shoot-out with Waterford on Friday night.

The striker sealed his hat trick in the fourth minute of injury time at the end of extra time with an audacious shot from inside his own half and ensure the game finished 4-4 after 120 minutes.

George Forrest looked to have sealed the win for Waterford moments earlier, only for Shelbourne loanee McAuley to wind up a shot directly from the kick off that beat Paul Martin.

There were only seconds left in injury time when the midlands side kicked off, but few could have predicted what the one-time Liverpool underage striker had planned.

With all the nonchalance of a toddler surveying the McDonald’s ball pit after being dropped off by his parents, McAuley leaned back and fired an inch-perfect shot over the backtracking keeper.

21-year-old McAuley had twice scored from the penalty spot as Athlone overturned a 2-0 deficit to take the lead heading into injury time in regular time.

Anthony Wordsworth and Shane Griffin had put Waterford in a commanding spot before McAuley twice converted from 12 yards, either side of Stephen Meaney’s leveller.

A goal at the death from former Wolves defender Greg Halford forced extra time and Forrest’s injury-time strike looked to have sealed it for the Blues before McAuley’s stunning strike.

Alas, it was to prove one miracle too many for the First Division side, as they lost out 4-2 in the penalty shoot-out.