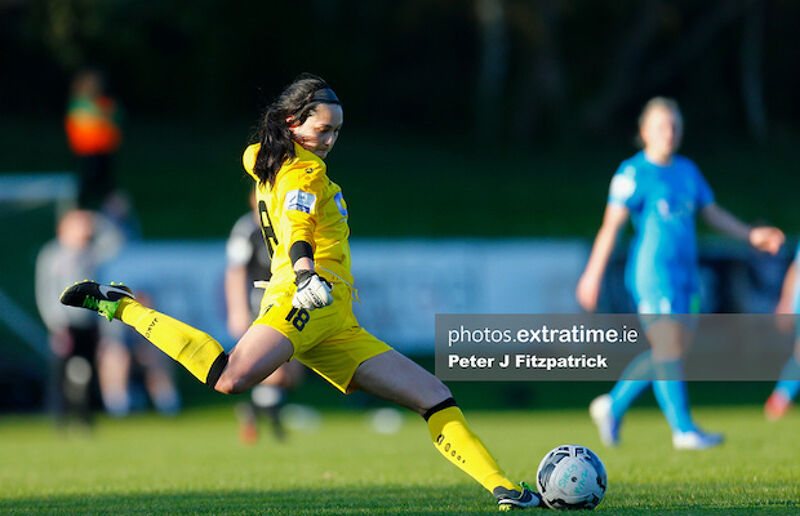 Bohemians will be looking for a first win in five games when the host DLR Waves on Saturday afternoon (kick-off 2pm).

The Gypsies have had a season of ups and downs but they will be looking to secure a result this weekend to ensure they don’t drop to the bottom of the table in place of Cork City and Athlone Town.

Bohs had last week off so they are coming into this weekend with their last game being against Peamount United two weeks ago which they lost 2-0.

A brace from Aine O’Gorman gave the current WNL Champions the three points on the day, but Sean Byre’s side can take heart from limiting one of the strongest teams in the country to just two goals.

The last time the Gypsies faced DLR Waves they were defeated by a single goal, so they should be eyeing up this game as one they may be able to get something out of.

Shauna Carroll netted on the stroke of half-time in May to give Waves the victory, a very narrow win for Bohs’ South Dublin rivals.

Not only would a win help keep Bohemians from dropping to the bottom of the table, they also have an opportunity  to leapfrog Treaty United into sixth place.

Graham Kelly’s side have a firm grip on fourth place in the WNL with the Dublin side ten points ahead of Galway currently.

They’ll be keeping an eye on the teams ahead of them however, with the side just nine points off the top of the table with just around half the season gone at this point.

Waves had an opportunity to close that gap slightly last weekend but it wasn’t to be as they were narrowly defeated by Shelbourne for a second time this season.

Jetta Berrill cancelled out Saoirse Noonan’s goal in the second half of last week’s game but Shels would score again with Rebecca Cooke netting a winner late in the game for the Reds.

As good as Waves have been defensively this season, they are one of the least potent attacking teams in the WNL and they will have to ensure that they get the ball in the net against Bohemians to make sure they can claim a victory and stay instep with the teams ahead of them in the WNL.

DLR Waves are just nine points of the top of the table at this point in the season.

The Gypsies will be looking to secure a first win since the end of May when the defeated Athlone Town.

The sides have faced each other three times in the WNL since Bohs joined the competition with Waves winning one of those meetings and the teams drawing twice last season.