Conor Kearns: 'I have a new fire in my belly and a real determination to prove people wrong' 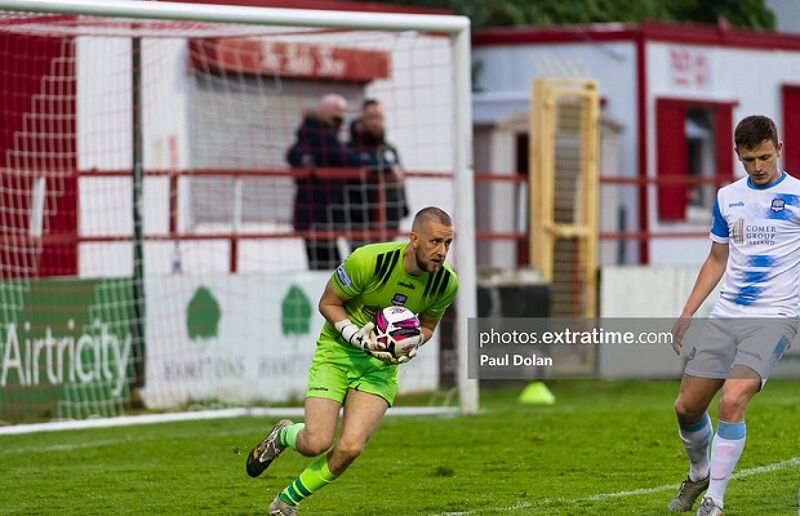 Galway United goalkeeper Conor Kearns admits that he is determined to prove his critics wrong after enduring a difficult 2020 at St Patrick’s Athletic.

The 23-year-old has impressed between the sticks for the Tribesmen this season, racking up an impressive five clean sheets in a row.

His recent form is a complete contrast to last season, where he was confined to the stand for much of the season with the Saints.

And having impressed so far this season for John Caulfield’s side, Kearns admits that he is enjoying his football again after a frustrating 2020 at Richmond Park.

“It took me a little while to find my feet early on this season, getting back between the sticks and getting regular gametime,” the former UCD keeper told extratime.com.

“Last season was so broken up in terms of training with Covid. But I feel quite happy that we’ve gone on a good run of games since the break.

“I feel comfortable between the sticks, and most importantly I’m enjoying it and the environment here.”

On last season, he added: “It was a learning curve. I learned as much about myself as I had in my years of playing. I was tested a lot mentally.

“I was tested in terms of my drive and determination. There were times I didn’t want to get up in the morning and go to training.

“But I recovered from that, I bounced back and this year I have a new fire in my belly and a real determination to prove people wrong.

On Friday night, however, Kearns’ Tribesmen were held to what may prve to be a costly 0-0 draw with Bray Wanderers at the Carlisle Grounds, but he praised the battling qualities his teammates displayed by the seaside.

“It’s just disappointing,” he said. “I thought we had enough chances to win the game. We had a penalty shout and hit the post, their keeper has pulled off two or three excellent saves.

“But you get days like that in this league and the important thing was that we did our job defensively and got the clean sheet.

“We tried to do the right things, everyone worked extremely hard and if we work and play like that, we’ll win plenty more games.”