Cobh Ramblers' Cian Murphy: ‘I still believe we have the squad to do something this season.’ 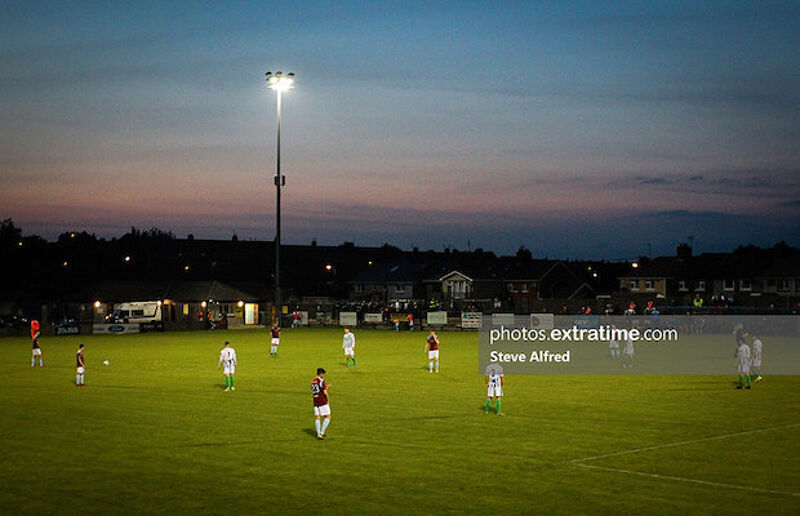 A friendly game organised to enhance others' interests can occasionally lead to a relatively unknown prospect catching the eye and going on to greater things, as was the case of Cian Murphy.

“When I was with St Mary's in the Munster Senior League, we were doing quite well. We were top of the table and there was a lot of talk about us. John Caulfield, who was managing Cork City, wanted to play us in a friendly. We played them at our home pitch and they only beat us 1-0, scoring in the 90th minute.

"We really stepped up that night and there was somebody there from Galway United at the game. As far as I know, there was supposed to be two lads from Cork City go there on loan, but they ended up spotting me. I got a phone call, asking me if I was interested in going there to train.

"I went there for a week, did well and was told that if I wanted to, there was a game against Sligo. I played in that and was offered a contract straight away after the game. It was halfway through the season and not something that I expected to happen, but I'm glad it did, obviously.”

Excelling at senior football in Cork is one thing, but the former Castleview and Ringmahon Rangers underage player quickly adjusted to the transition to a higher level.

"There was a lot of players in that squad who had League of Ireland experience. Once I played with them, I felt like I'd already played at a similar level. When I went to Galway, I didn't play in the first game, but knew that I had to be ready to perform. I started the second game, away to Wexford and we won 4-0.

"I went on that season to make 26 starts, which is somewhat unheard of for someone in their League of Ireland debut season. I took to it pretty well I thought and now feel quite established at this level, but it did take a lot of concentration and preparation to look after myself.”

The Corkonian's first manager at Galway was Alan Murphy, who as fate would have it, made way for John Caulfield, the man responsible for setting up the friendly which brought Cian to the attention of the Connacht club

“Alan Murphy was great for my development. I have a lot of gratitude towards him because no matter what, he's the guy who gave me my chance in the League of Ireland. He had a lot of time for me and in terms of coaching, you'd be hard pressed to find better than Alan.

"As a young player coming into the league, he always made time to give me a ring because I was living in Cork during my first season. The next year didn't go as well for him, but I always felt he needed more time because of our injury situation. At one point, our four centre halves were out at the same time.”

“John is probably the best manager I ever had. He's a fantastic man-manager and motivator … He really got the best out of us. He also has experience, winning leagues and cups. I only played one game for John because I was coming back from injury. Maybe I wasn't his ideal centre half and that's why he got rid of me in the end.”

Back on Leeside this season, with Cobh Ramblers, Murphy still contests that despite their current standing in the First Division, his club can mount a charge up the ladder.

“I'm enjoying it a lot and think we're in a false position. Stuart Ashton is a great manager and at underage level has all the trophies and accolades to back that up. I have a lot of time for him and he's improved my game by playing me in different positions.

"When I left Galway for Cobh, people probably looked at it differently than I do. We finished level on points with them last season. They beat us in Terryland and St Colman's Park. I look at it as a step up. I think some people look down on Cobh, but it's a fantastic club, run by great people. I still believe we have the squad to do something this season. We've been unlucky with injuries and in a few games, the bounce of the ball hasn't gone our way.”

“When I got left go by Galway, I spoke to a few clubs, had a decision to make and Cobh was definitely the best option. Looking at the results and position we're in the league, people might think we're not at the right level, but we are. We get the ball down and play possession football and that's down to Stu and the management.

"Next year, we're 100 years in football and that will be a fantastic thing to focus on. There's still a lot of football to be played this season and the best of us has yet to be seen. I think we will go on a run and surprise a few people this year.”