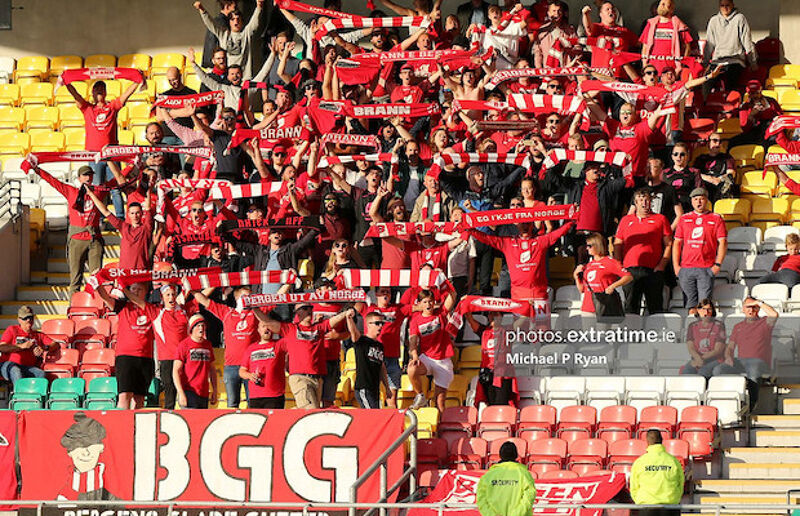 UEFA have confirmed that no away fans will be allowed to attend qualifying games or play-off round games in their three club competitions this season.

The matches in the qualifiers for the Champions League, Europa League and the new Conference League will go ahead over two legs (unlike last season which saw one-legged qualifying round fixtures) but without away spectators in the venues.

UEFA will re-examine the situation for the group stage of the three competitions.

Based on the recommendation below from UEFA’s Club competition committee, UEFA’s Executive committee approved the request for no away fans to attend matches:

‘In consideration of the very high number of matches foreseen by the programme of the qualifying phase and play-offs of the UEFA Champions League, UEFA Europa League and UEFA Europa Conference League and the fact that all rounds in the new season will again be played over two legs (while last year they were reduced to a single leg behind closed doors), it seems prudent to propose that travelling fans will not be admitted during the entire qualifying phase and play-offs.

‘With this decision UEFA intends to act responsibly at a time where restrictive measures are still in place in order to avoid the spread of infections, while sporting fairness is preserved as every team will have the possibility to enjoy the support of their public when playing at home, in compliance with the decision of their competent authority.’