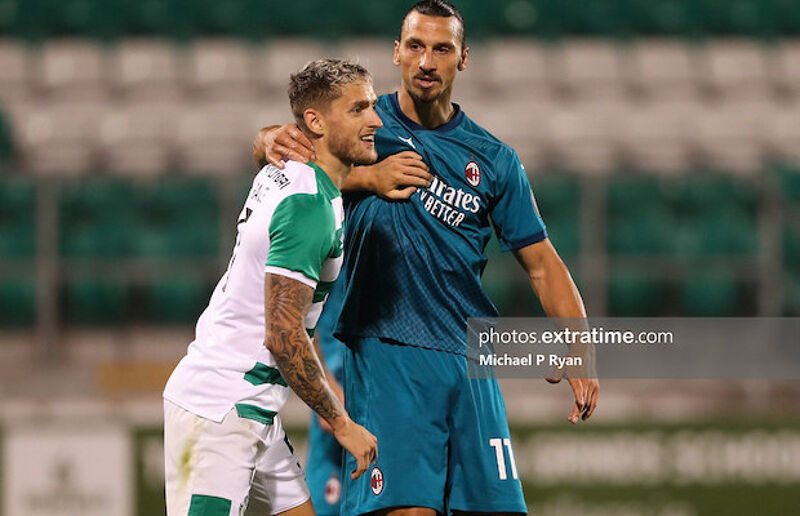 On the eve of Tuesday’s Champions League first qualifying round draw, unseeded Shamrock Rovers have learned that they will face one of the quartet of clubs - Malmö (Sweden), Legia Warsaw (Poland), Slovan Bratislva (Slovakia) and Lincoln Red Imps (Gibraltar).

Should the Hoops progress through the two legged tie, it will guarantee them another three two legged rounds in Europe. The draw for the second qualifying round is being made on Wednesday.

The Hoops will be hoping to be drawn against the Gibraltar champions Lincoln Red Imps as the other opposition options will be a stiff test for Rovers.

Stephen Bradley’s side played Swedish side AIK in the 2018 Europa League qualifiers. With Gavin Bazunu in goal, Rovers lost the first leg in Tallaght 1-0 and drew 1-1 away from home – the only goal Bazunu conceded during his time playing with Rovers’ first team.

When Rovers last played in the Champions League qualifiers during Stephen Kenny’s short managerial time at Tallaght, they were eliminated by Lithuanian club Ekranas 2-1 on aggregate in 2012.

The year previously they were eliminated from the Champions League qualifiers by Copenhagen (3-0 on aggregate) having beaten Flora Tallinn of Estonia 1-0 on aggregate in the previous round.

They dropped into the Europa League Play-off where they famously beat Partizan Belgrade 3-2 on aggregate to become the first League of Ireland club to qualify for the group stages of a club competition.

One of their possible opponents this year is Legia Warsaw who eliminated Dundalk from the 2016/17 Champions League qualifiers 3-1 on aggregate with the Lilywhites dropping into the Europa League group stages after that defeat.

Ties take place on 6/7 and 13/14 July, with extra time and a penalty shoot-out if required and at a minimum the Hoops will claim €0.81m in prize money. Win that first round and the prize money goes up to €1.441m. Add a second win in the Champions League and their haul from UEFA would be at least €2.9m.