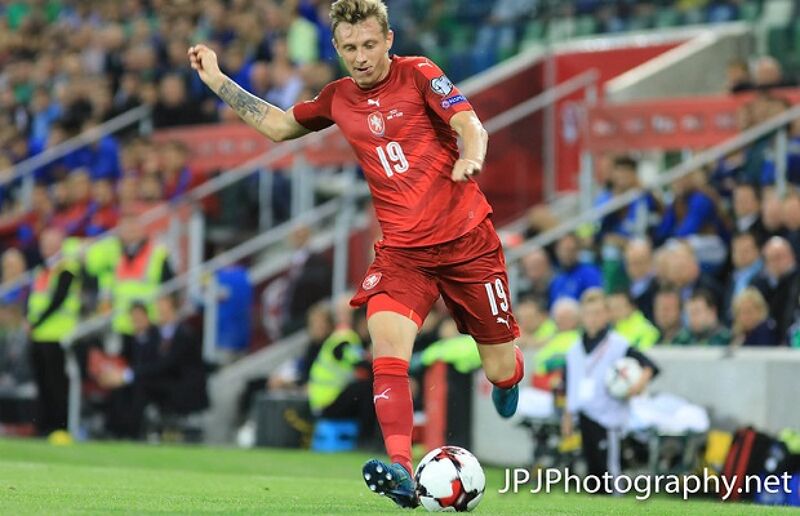 Gone are the days of Pavel Nedved and Petr Cech for the Czech Republic at the European Championship’s, but they will be looking to spring a surprise or two this summer.

Captain Vladimir Darida will be hoping to lean on his heavy international experience from before, while Patrik Schick of Bayer Leverkusen will be looking to lean on his goalscoring prowess as the Czech look to land a knockout blow to their Group D counterparts.

The Czech’s reached Euro 2020 after coming second in Group A to top seeds England – although they did in fact inflict a defeat on Gareth Southgate’s side on their qualifying quest.

That victory proved crucial as they ended up finishing four points clear of third placed Kosovo who finished their maiden qualifying campaign on 11 points.

However, they did qualifying with a goal difference of just +2, compared to England’s final total of +31.

Forward Patrik Schick was their top goalscorer with four goals, while eight of their players scored one each.

Patrik Schick – Forward Patrik Schick will undoubtedly be the Czech Republic’s key attacking outlet during this summer’s tournament, after his four goals in qualifying that helped them on their way.

Tomas Soucek – Fresh from an ultra-impressive season with Premier League side West Ham, Soucek will be hoping to add to his 34 caps for the Czech national side. The midfielder ha sprven himself to being a real goal threat – and that may come in handy this summer for his nation.

Since their separation from Czechoslovakia 1993, the Czech Republic highest finish at the European Championship’s came in 1996 as they were eventual runners up to Germany.

Their record defeat however came against England in 2019 in Euro 2020 qualifying – but they did win the return fixture at home by two goals to one against the Three Lions. England of course are in Czech Republic’s group for the Euros.

Since the return of international football post Covid-19, Czech Republic have struggled for consistency and form.

They have played 10 games, winning five and losing four – with two of those defeats coming against their Euro 2020 rivals Scotland.

They are also winless in their last three games – but those matches have seen them take on Wales, Italy and Belgium. Their final Euro 2020 warm-up game takes place on Tuesday against Albania.