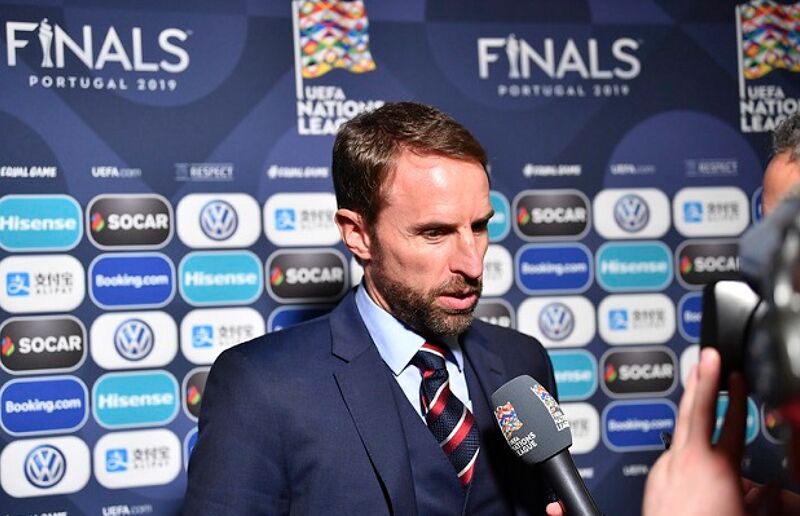 Is it coming home? Gareth Southgate has selected his 26-man squad for EURO 2020 under more increased media scrutiny than he had ahead of the 2018 World Cup. Was bringing Trent Alexander-Arnold ever a debate for him? We will never know now that the 22-year-old has been ruled out of the tournament, being replaced by Brighton’s Ben White – who’s inclusion is up for debate ahead of Southampton’s set piece wizard James Ward-Prowse.

Losing a world-class player like Alexander Arnold is a huge loss for England and for the tournament, you want to see the best players in action. However, Southgate’s decision to bring as many as ten defenders to the tournament suggests they have adequate cover for Trent and a potentially injured Harry Maguire. Some selection decisions mirror the 2018 World Cup squad with versatile players like Eric Dier, Ashley Young, Fabian Delph and Phil Jones making the 23-man squad for Russia so it’s clear Southgate likes a player who can cover a number of positions in his squad which is probably what saw Ward-Prowse miss out.

Henderson and Maguire are both serious injury doubts heading into the tournament which is why I feel Southgate has selected a versatile squad with the likes of Rice and White able to operate in central defence and midfield while Reece James can play in right of a back four or back five and in midfield while 2018 hero Kieran Tripper and Kyle Walker can play on the right or as a third centre back.

The final third is where England appear better equipped to put a major challenge together for their maiden European Championship win. While in between the sticks and at centre back they have issues, they boast an embarrassment of riches up front with the likes of Phil Foden, Harry Kane, Jadon Sancho and Jack Grealish the main men.

With all this excitement there is the added caveat of whether Southgate will stick with the erratic Jordan Pickford as his number one or drop one of the 2018 heroes. In truth, the difference would be marginal as all three goalkeepers are average at best, while doubts remain at centre back over the form and fitness of Harry Maguire and whether John Stones can continue his form in the absence of Ruben Dias alongside him.

A squad littered with top young talents but on paper, lacking in leaders which points to Southgate’s reasoning for naming a provisional squad to give Premier League and Champions League winning captain, Jordan Henderson and Manchester United captain, Harry Maguire every chance to prove their fitness.

The Squad in full

HOW DID THEY GET HERE?

England secured their place at EURO 2020 at a canter as they breezed through yet another favourable qualifying group, with their only blemish a surprise defeat away to Czech Republic in October 2019.

Harry Kane registered 12 goals, becoming the top goal scorer in the qualifiers. England qualified for the European Championships in style as they romped to a 7-0 thrashing of Montenegro at Wembley in November 2019.

The top goal scorer and top assister in the Premier League this season in a very poor Tottenham Hotspur side will lead the line for the Three Lions this summer. Kane is part of a dying breed of world class number 9s as the false-9 position grows in popularity. If England are to have a chance, they need the Spurs (for now) bagsman to be at his best in front of goal.

Ireland are crying out for a cutting edge number 10 and the inevitable sight of Aston Villa talisman Jack Grealish at a major tournament for England won’t do much to allay those concerns, having donned the green shirt at underage level.

Still, there are growing demands from English fans and media for him to start and I can see why. He is a fantastic dribber, passer, creator and he is able to draw a lot of fouls which can relieve the pressure on his team and create opportunities for the likes of Harry Kane coming off that inside left channel.

The 25-year-old only started two of Villa’s final 16 Premier League games yet the clamour over him mirrors that of Paul Gascoigne in 1996, being given the number 7 shirt suggests he has a big role to play this summer.

The return to form of John Stones is welcome but his performance against Poland in a World Cup Qualifier in March suggest he still has a mistake in him when he is taken away from his outstanding partnership with Ruben Dias at Manchester City.

With the fitness of Harry Maguire, a topic of huge concern, the former Everton man might have to assume the mantle of senior centre halve alongside Tyrone Mings (most likely) who is also prone to a moment of madness.

Stones has had a brilliant season where he has rejuvenated his career and come back from the wilderness to become a certainty for Gareth Southgate, all eyes will be on him to see how he can cope in a different environment and England will need him to be on his game to lead a suspect defence and protect a vulnerable goalkeeper.

WHERE ARE THEY PLAYING AND STAYING?

England played their warm-up friendlies at the Riverside Stadium, Middlesbrough. The Three Lions will play all their group games at home at Wembley Stadium. They will be based at St George’s Park in Burton upon Trent for the group stages.

England won their one and only World Cup in 1966.

Their best performance at the European Championship is two third place finishes in 1968 and most recently in 1996 when they hosted the tournament.

England have the second youngest squad at EURO 2020 with an average age of 25 years, 3 months and 9 days.

England came through their two warm-up games in uninspiring fashion with a pair of 1-0 wins over Austria and Romania at the Riverside Stadium.

Southgate’s side are in good form competitively, winning three games out of three so far in their FIFA 2022 World Cup Qualifying group.